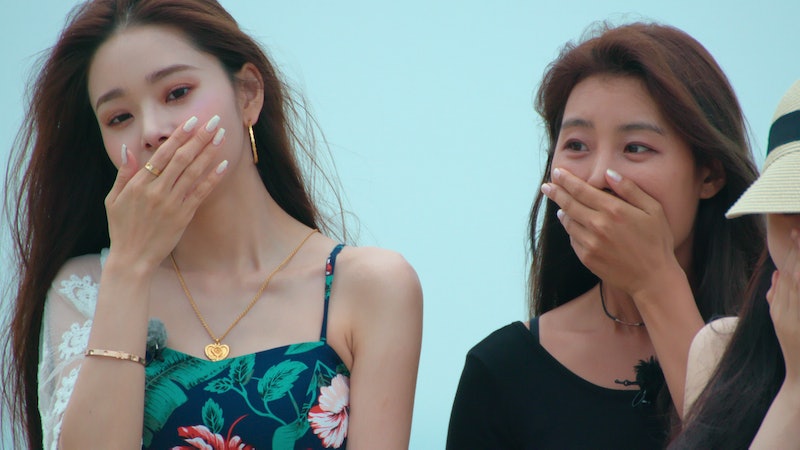 Netflix‘s first Korean reality dating show Single’s Inferno follows a group of stranded singletons who search for love on a deserted island in the hopes of finding the perfect match. Per Yahoo!, the eight-episode series became the first Korean reality show to reach the Netflix Global Top 10, and follows on from the success of other major Korean hits including Squid Game and Hellbound. Fans of the dramatic first season will likely be keen for more episodes in the future. But, will Single’s Inferno return for Season 2?

As mentioned, the series follows a group of single contestants who each arrive on an isolated island, known as Inferno, where they hope to find love. Upon arrival, the show’s participants are completely unaware of each other’s jobs, ages, and other usually standard personal info. In order to escape the island, the contestants must vote for their ideal partner, and, if their selection is a match, the couple leave the island together to Paradise.

On April 12, Netflix confirmed that Single’s Inferno will return for Season 2, and production on the show’s second outing is officially underway.

Per The Cinemaholic, the reality dating show reportedly performed very well globally on the streaming platform, and Netflix viewers have spent an estimated 17 million hours watching the series so far.

“I really need Single’s Inferno season 2 ASAP,” one fan wrote on Twitter. While another fan commented, “what a great show. Everyone was so kind, charming & sweet. All the couples fit each other really well. Wishing for a season 2 because the overall atmosphere of the show is so nice & warm unlike other dating game shows.”

With such a positive fan reaction and impressive viewing stats, a second season of Single’s Inferno is a real possibility. But, for now at least, we’ll just have to wait and see.

More like this
A New Netflix Doc Will Explore The Unsolved Murder Of Jill Dando
By Sam Ramsden
Everything To Know About The 'Daisy Jones & The Six' TV Series
By Maxine Harrison and Brad Witter
Anna Delvey Addresses *Those* Reality TV Show Rumours
By Sam Ramsden
TikTok Pointed Out A Major 'Emily In Paris' Continuity Error
By Sophie McEvoy
Get The Very Best Of Bustle/UK
Sign up for Bustle UK's twice-weekly newsletter, featuring the latest must-watch TV, moving personal stories, and expert advice on the hottest viral buys.