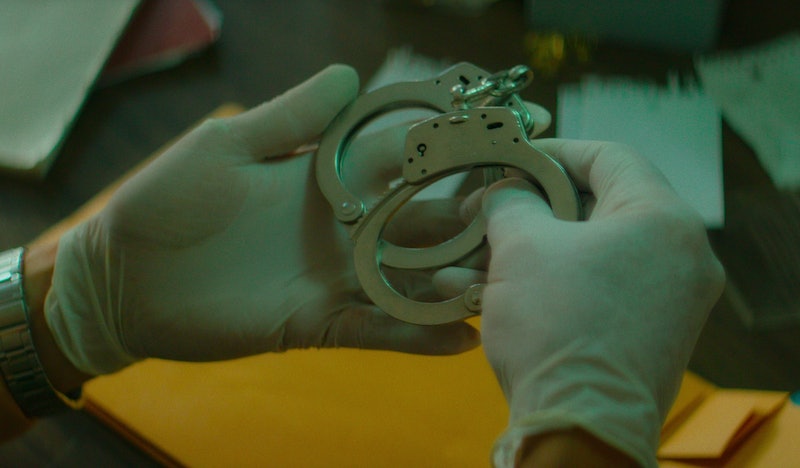 After exploring the mysterious 2013 death of Elisa Lam, Netflix’s Crime Scene is turning its lens on a newly dark and haunting story for its second installment, Crime Scene: The Times Square Killer. Premiering on Dec. 29, the three-part season explores the case of Richard Cottingham, a New Jersey man who was dubbed “The Torso Killer” and found guilty of killing 11 women between 1967 and 1980.

As reported by The New York Times, Cottingham was born in 1946 and mostly grew up in New Jersey. He got married in 1970 and commuted into Manhattan to work as a computer operator while his family lived in Lodi. He later rented an apartment in Midtown and told his wife that he was working nights, but in reality, he was lurking around Times Square and stalking sex workers.

Cottingham’s first victims were found on Dec. 2, 1979 when fire alarms went off at the Travel Inn Motor Hotel in New York City. A hotel worker had discovered the scorched remains of two women whose heads and hands had been cut off in Room 417. This grisly scene led to Cottingham’s nickname of “The Torso Killer,” and later the “Times Square Torso Ripper.” But he wasn’t a suspect at the time; he had checked in under the fake name of Carl Wilson and left no evidence pointing back to him.

Months later, on May 4, 1980, another sex worker was found dead in a Quality Inn motel in New Jersey. This murder was linked to the 1977 death of Maryann Carr, who was found in the parking lot of the same hotel. Within the same month, a fifth woman was found in the Seville Motel in New York City. But it wasn’t until May 22, 1980 that Cottingham was apprehended: a maid heard one of his victims screaming in a hotel rooms and authorities caught him as he tried to flee.

Cottingham’s trials began in June 1981, and by August 1984, he had been found guilty of five murders. He was convicted and sentenced to over 200 years in prison.

Over the years, he continued to make confessions, thanks largely to the work of New Jersey detective (and later sergeant) Robert Anzilotti, who built a rapport with Cottingham over the course of nearly two decades. Anzilotti would have Cottingham driven from the prison to his office, where he’d eat pizza and play cards with him in the hopes of getting Cottingham to confess to his crimes. In 2010, Cottingham finally revealed he’d murdered a sixth woman: Nancy Vogel, who was found dead in her car on Oct. 28, 1967, long before his Times Square killing spree. Cottingham’s next confession came in 2014, when he admitted to strangling and killing three teenagers in the late 1960s. And in April 2021, at the age 74, he finally admitted to killing Mary Ann Pryor and Lorraine Marie Kelly, closing out a cold case from 1974.

The reason that Cottingham was able to hide his crimes for so long is what drew Crime Scene director Joe Berlinger to the story. “Ted Bundy was well known because he preyed upon white collegiate young women, so that made him a well-known figure because that was disturbing to society,” Berlinger told Oxygen.com. “They had multiple massive nationwide manhunts for Bundy and mobilization of police forces. [But] when sex workers are preyed upon, unfortunately, they just look the other way.”

Today, Cottingham is serving numerous life sentences at the New Jersey State Prison in Trenton, New Jersey. His imprisonment is the result of literally decades of work, and Anzilotti told the Associated Press that he believes there are still “dozens” of outstanding cases in the tri-state area that could be traced back to Cottingham.