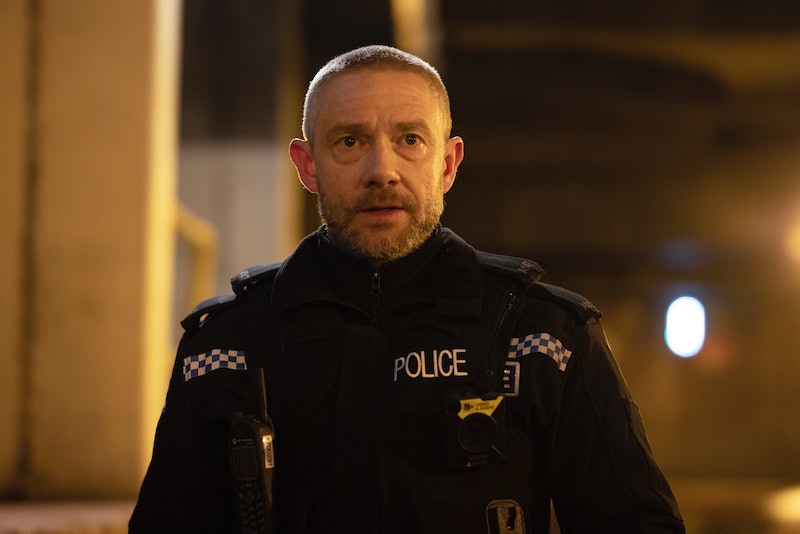 Drawn from the real life experiences of ex-police officer Tony Schumacher, the BBC’s new drama, The Responder, follows the story of an unconventional urgent response officer over the course of several high-pressured night shifts in Liverpool. But, whatever happened to the man who inspired the BBC’s latest must-watch drama, and where is Tony Schumacher now?

Before his days policing the streets of Liverpool, Schumacher explored many different career paths, working as a roofer, a jeweller, a bouncer, and even as an underwear salesman onboard a cruise ship. Today, however, Schumacher currently resides in Liverpool and is an acclaimed author, screenwriter, and broadcaster with a string of successful novels under his belt.

Some of his previous literary works include The Darkest Hour, The British Lion, and An Army of One. In 2019, Schumacher was announced as one of the BBC’s Northern Voices Writers, and has previously written for TV shows including the Channel 5 prison drama, Clink.

His latest project arrives in the form of BBC’s The Responder, which is created, written, and executive produced by Schumacher himself.

The BBC series explores the extremes faced by officers on the front line of British policing, and revolves around the story of the “crisis-stricken” and “morally compromised” response officer Chris Carson, who begins working alongside a new rookie partner, Rachel. However, the pair soon discover that survival in the relentless world of night-time policing will depend on them “either helping or destroying each other.”

Martin Freeman (The Hobbit, Sherlock, Fargo) leads the cast of The Responder as Chris Carson, and is joined by Adelayo Adedayo as Rachel, as well as Ian Hart, MyAnna Buring, Kerrie Hayes, Warren Brown, and David Bradley, among others.

Speaking of the new series, Schumacher explained that The Responder is about “a guy who is struggling to adjust to the modern world. He wants to adjust and be a better person but he is falling apart inside his head whilst trying to deal with what’s going on in his job.”

He continued: “Everything is bubbling up and over in his life and yet he is expected as a copper to go out and do the job, but he is in real danger of being sucked under.”

More like this
'Games of Thrones' Fans May Recognise This 'Conversations With Friends' Location
By El Hunt
Fans of ITV’s 'Liar' Will Recognise 'The Essex Serpent's Picturesque Filming Locations
By Sophie McEvoy
The First Look Images For BBC’s New Drama 'The Control Room' Looks Tense
By Sophie McEvoy
'Gentleman Jack’s Cast & Crew Are Keen On Season 3, Too
By Frances Stewart
Get The Very Best Of Bustle/UK