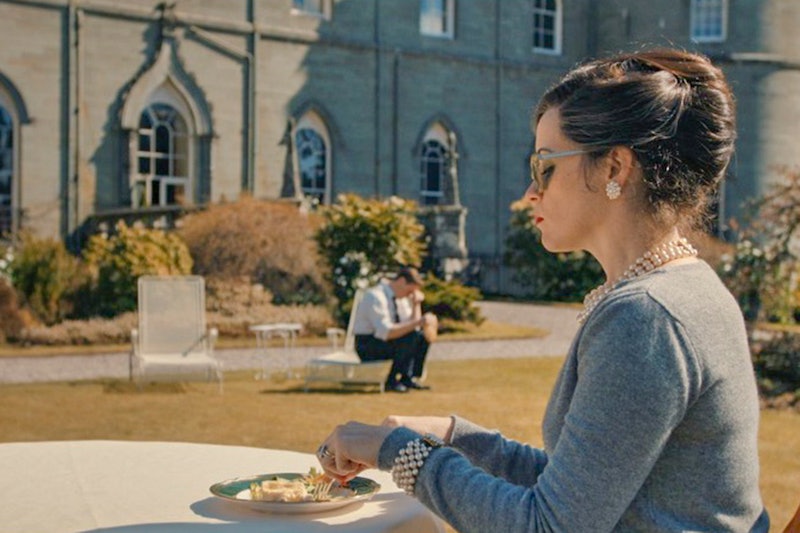 The Duke and Duchess of Argyll’s divorce in 1963 is an infamous story of mistrust and misogyny played out against the background of post-war Britain. The brutal case is now the subject of a BBC One drama, A Very British Scandal, starring The Crown’s Claire Foy as the notorious Margaret Campbell, Duchess of Argyll and WandaVision’s Paul Bettany as Ian Campbell, Duke of Argyll. But where is A Very British Scandal set, and where is Inveraray Castle?

The duke and duchess’ relationship begins in a whirlwind romance, with Margaret recently divorced and Ian’s affair and quick divorce. Their heated chemistry turns into something more serious as Margaret not only falls in love with Ian — by then a duke — but also the Argyll’s ancestral seat of Inveraray Castle. The duke and duchess marry, and Margaret sets her sights on restoring the castle to its former glory, persuading her (very wealthy) father to give her the money to do so.

Based on a true story, the castle in A Very British Scandal is actually the real Inveraray Castle, on Loch Fyne in Scotland, where much of the BBC drama’s external scenes were filmed. Eagle-eyed fans might also recognise the extensive castle as the backdrop to the Downton Abbey Christmas special in which Inveraray Castle portrayed the fictional “Duneagle Castle”. The castle also featured in Great Estates Scotland in 2014 and Susan Calman's Secret Scotland in 2020.

Inveraray Castle is still in the Campbell family, now owned by Torquhil Campbell, Ian Campbell’s grandson from his second marriage to Louise Hollingsworth Morris Vanneck. The castle and its 75,000-acre estate are popular visitor attractions during the summer months, with gardens and tearoom run by the current Duchess of Argyll, Eleanor Campbell (a member of the Cadbury chocolate family).

A BBC statement said that filming took place “all across the UK” but mainly between Scotland and London. As a socialite with notoriety among the aristocratic inner circles, Margaret spent a lot of time in London. The duke and duchess owned a Mayfair apartment, where Foy was seen filming in June earlier this year.

A Very British Scandal will show on BBC One at 9 p.m. from Dec. 26 to 28, with all three episodes available as a boxset on BBC iPlayer after the first episode on Boxing Day.

More like this
'The Catch' Revisits A Famed Irish Filming Spot From 'The Tudors'
By Darshita Goyal
The Banned 'Friends' Ad Shows Monica As You’ve Never Seen Her Before
By Sam Ramsden
Con O'Neill Was Connected With Sarah Lancashire Long Before 'Happy Valley'
By El Hunt
'Bridgerton' S3 Will Show A *Very* Different Side To Kanthony
By Sam Ramsden
Get The Very Best Of Bustle/UK
Sign up for Bustle UK's twice-weekly newsletter, featuring the latest must-watch TV, moving personal stories, and expert advice on the hottest viral buys.