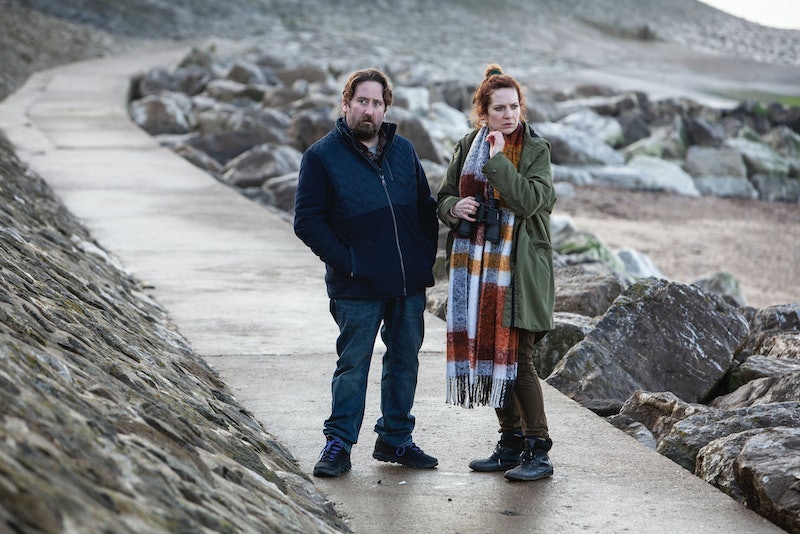 BBC One's festive special Pandemonium holds a mirror to the nation this festive season, with the Jessop family substituting a holiday to California with a staycation on the Kentish coast. The characters visit the seaside town of Margate in the middle of autumn, but was this also the case for the actors? In other words, where was Pandemonium filmed?

The post-lockdown special was indeed filmed in Margate — Walpole Bay in Cliftonville to be precise. Per Kent Online, cast and crew were spotted filming Pandemonium on a miserable day in late November. One onlooker told the news site that they saw the cast "brave the chilly waters" of the Walpole Bay Tidal Pool — a local outdoor pool connected to the cold seawater. The perfect activity for this time of year...

Margate and neighbouring town Ramsgate are the main residential areas on the Isle of Thanet, both with numerous tourist attractions for staycationers to enjoy. For the Jessop's, Walpole Bay offers a variety of things to do, like exploring rock and tidal pools along the sandy beach as well as a game or two of mini-golf and tennis. Those activities are probably best to do in the summer, mind you — not in the grey skies of November.

In pictures shared by Isle of Thanet News, the cast and crew can also be seen abiding by social distancing and mask-wearing guidelines during filming, with a small team surrounding the actors on the beach. Sky comedyTwo Weeks To Live was also filmed in Margate, specifically at Dreamland amusement park just off the beach. The series, starring Maisie Williams, was also shot at the Lighthouse Bar and other areas in and around Margate, as well as nearby town Herne Bay.