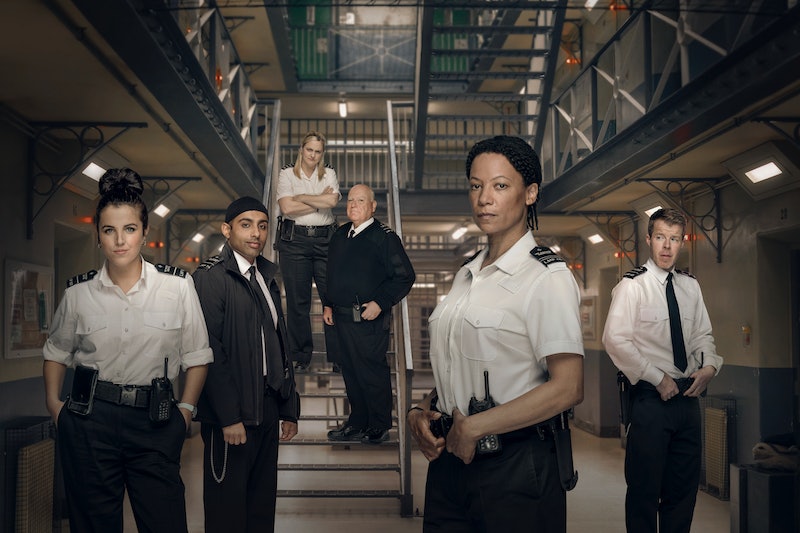 Created by the BAFTA-winning writer behind Killing Eve and The Victim, Rob Williams, Screw is billed as an “uncensored, terrifying” tale of the “reality of life as a prison officer in an all-male prison in 21st century Britain”. Specifically, the drama centres around the staff at C Wing in Long Marsh, a fictional men’s prison. But where was Screw filmed? And is Long Marsh filmed in a real prison?

Screw stars O’Connell as Rose, a “mouthy” 21-year-old trainee officer, and Sosanya, as Leigh, the officer in charge of the “embattled screws”, battling with a few secrets of her own. Inspired by Williams’ own experience of working in the prison system, Screw explores an authentic “insight into the challenges and struggles faced behind bars for both prisoners and prison officers”.

Joining forces with Channel 4 for the six-part drama was STV Studios, a Scotland-based production company responsible for shows such as Elizabeth is Missing and The Victim. Whilst the Long Marsh set looks pretty realistic to the audience, there would probably be a number or restrictions to filming in a real prison – whether disused or not.

Instead, filming took place at Glasgow’s iconic Kelvin Hall, an early 20th century exhibition hall that has gone through multiple uses, but now sits in the hands of Glasgow Life, the University of Glasgow and the National Library of Scotland as they transformed the historic venue into a “centre of cultural excellence”. Glasgow City Council confirmed plans to create an £11.9m television and film studio inside the iconic building earlier this year, establishing a creative hub in the heart of the city.

The production company set about creating a significant build of a three-storey prison at Kelvin Hall before filming on Screw began in May, and finished six months of production on one of STV Studio’s biggest dramas to date in August. “[Kelvin Hall] is a brilliantly located, very flexible space and its availability was key to the restart of large-scale production in Scotland earlier this year,” said David Smith, Director of Screen at Screen Scotland. “Screw also supported a really ambitious training scheme, providing vital skills development opportunities to existing Scottish crew and new entrants to the industry.”

Screw airs on Channel 4 at 9 p.m. on Jan. 6 and will be available to stream shortly after.