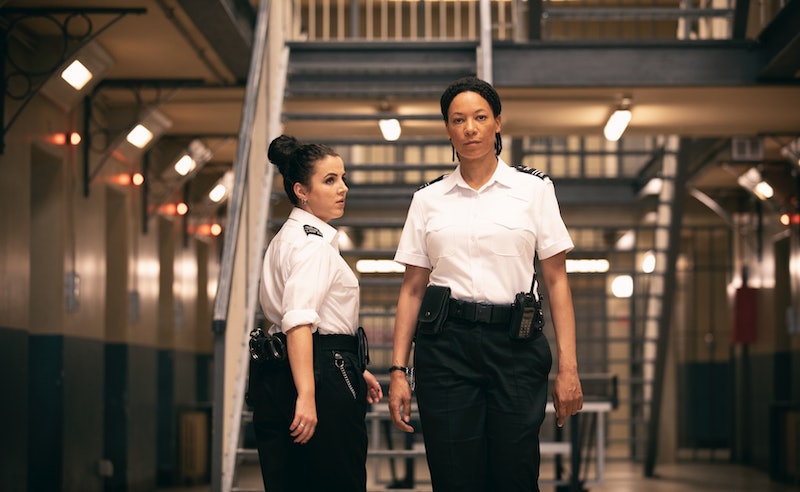 Derry Girls’ Jamie-Lee O’Donnell returns to the small screen in Channel 4’s “darkly funny”' new prison drama Screw, which kicks off in the New Year. Written by the BAFTA-winning writer behind Killing Eve and The Victim, the six-part Channel 4 drama promises a look at “prison as never seen before”, but is Screw based on a true story?

O’Donnell stars as Rose, a “mouthy” 21-year-old trainee officer who is new to the staff at C Wing in Long Marsh, a fictional men’s prison. Joining O’Donnell is Nina Sosanya, who stars as Leigh, a more experienced prison officer, and the officer in charge of the “embattled screws”. Leigh is dedicated to her job at the prison, and its troubled population, but it wouldn’t be a true Channel 4 drama without a lead with one or two secrets that could jeopardise her career.

As well as Derry Girls alum O’Donnell, eagle-eyed fans will recognise Sosanya from a number of top-billed TV dramas such as His Dark Materials, Killing Eve, and Last Tango in Halifax, but the familiar (and famous) faces don’t stop there. Line of Duty's Faraz Ayub, Game of Thrones' Ron Donachie and Stephen Wight from Michaela Coel's I May Destroy You also join the cast of “distinctive, flawed, yet loveable characters.”

Written by award-winning creator Rob Williams, Screw is billed as an “uncensored, terrifying” tale of the “reality of life as a prison officer in an all-male prison in 21st century Britain”. With previous experience of working in prisons, Williams’ writing comes from an authentic place, and gives a unique insight into a world which “often comes with preconceived judgement”.

“There is so much more to prison and those who live and work there, than misery and violence,” Williams said of his new show. “I’m incredibly proud to be working with STV and Channel 4 to show this in Screw, alongside the authenticity inspired by my experiences as a civilian worker in various prisons.”

Whilst much of the script is heavily inspired by his own previous experience in prison, Screw is a dramatisation of what can happen “on a wing bursting at the seams, at the front line of a train-wreck of broken bureaucracy.”

Screw airs on Channel 4 at 9 p.m. on Jan. 6 and will be available to stream shortly after.