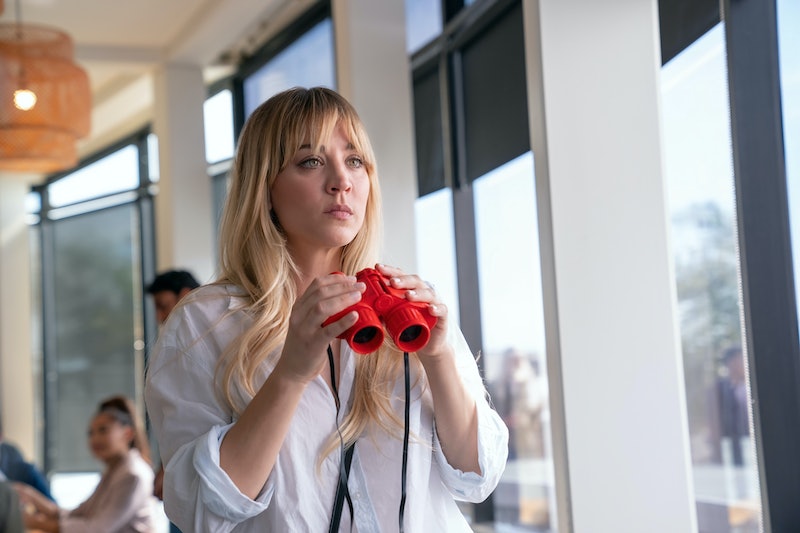 HBO Max’s high-flying comedy-drama The Flight Attendant is back with its second season. In its sophomore outing, the expectation is that the series will raise the stakes. Just as we’re wondering what may happen in the Season 2 episodes to come, we’re also wondering just where it will all happen.

It figures that a show called The Flight Attendant would film in locales around the world. In Season 1, the cast filmed in three countries, and Season 2 has only added to the series’ far-flung flight path. The country count will grow by at least two, thanks to some “international intrigue” that Cassie Bowden (Kaley Cuoco) gets wrapped up in. Here’s everything we know about The Flight Attendant filming locations so far.

Fittingly, The Flight Attendant figured out how to film in an airport. The production team actually used the real JFK airport in Queens, New York, despite the fact that they couldn’t close it off for filming. As Griffin Matthews, who plays Shane, told Pure Wow, their filming “caused such an uproar.” Travelers couldn’t help but stop to take photos of the cast. “It was like a frenzy,” Matthews added. “I’ve never seen so many cameras out.”

Outside of JFK, there’s also a fair amount of other familiar spots that crop up in Season 1’s New York scenes. Viewers see sites like Penn Station, the New York Aquarium, and the Coney Island playground. And no, it wasn’t all work for the show’s stars. In February 2020, Cuoco wrote about an interaction with the aquarium’s Loggerhead turtle, calling it “the sweetest thing ever.”

As glitzy as The Flight attendant can get, a lot of the interiors were filmed on a sound stage, as pointed out by Conde Nast Traveller. Sorry to burst any architectural bubbles, but Annie’s (Zosia Mamet) upscale loft with a central shower doesn’t actually exist. However, the exterior shots of the loft were taken on Plymouth Street in Brooklyn. Similarly, Sabrina’s (Stephanie Koenig) residence, the exterior anyway, can be found on the corner of West 4th and West 12th in Greenwich Village. In the show, we also learn that the shady Unisphere can be found at 2450 Park Avenue, when in reality it’s actually located at East 49th in Midtown.

Much like some of the aforementioned interiors, Cassie’s favorite watering hole, Fuller’s Bar, was fabricated in a studio, per Conde Nast Traveller. That said, when Cassie meets up with her flight crew in the second episode, they’re convening at the rooftop bar Hotel Chantelle, found on New York’s Lower East Side. And in Episode 8, when Cassie meets Annie, their rendezvous takes place at the Bel Aire Diner in Astoria, Queens. Production also ventured out to Long Island for flashbacks to Cassie’s childhood, where they used Youngs Farm, located in Old Brookville.

Filming also ventured to the Lazio region of Italy, which is home to one of the country’s most iconic cities, Rome. Also located in the region are Frosinone, Latina, Rieti, and Viterbo, which stretch from central Italy to its western coast. On one of Cassie’s visits to Italy in the first season, she goes to a restaurant named Brocca-e-Tazza, which was a fabrication by production, Conde Nast Traveller reports. However, Season 1 included plenty of authentic Roma, like Le Méridien Visconti hotel in Prati, as well as well known local spots like Piazza Navona, the Fontana dei Quattro Fiumi, and Via dei Coronari, which can be found in the medieval quarter. And of course, would it be Roma without a quick look at the Colosseum? The landmark was used in an establishing shot in Season 1.

A large portion of Episode 1 takes place in the Thai capital of Bangkok. Production used the Chao Phraya River when Alex (Michiel Huisman) and Cassie begin exploring the city. You can also see the massive structure Wat Arun behind them during the sequence. As for where Cassie and flight crew stay while in Bangkok, the Picnic Hotel in the Rangnam District was used, but Alex’s hotel, the Makara Prince, doesn’t actually exist. Production used Anantara Siam Bangkok in Pathum Wan for the exteriors, as well as some tactical green screen effects to bring everything together.

And yes, it was a challenge to find a hotel that would host a scene focused on a murder. “Convincing six-star hotels that their image would be associated with a murder in one of their bedrooms, was no easy location task,” producer Fred Turchetti told Little Black Blook. “Most hotels of this level normally object to the disturbance a major film crew brings to their luxury guests. Because of the very special relationship of trust we have with the ultra-luxury Anantara group, we found a way to make it happen.”

The Hollywood Reporter shared updates about Season 2 production in September 2021, including that production was underway in three locations, one of which was Los Angles. It also reported that Season 2 “finds Cassie (Cuoco) living her best sober life in Los Angeles and moonlighting as a CIA asset.”

The THR report also teased that Cassie would go overseas for an assignment and get “entangled in another international intrigue.” One of the cities where production was reportedly underway was Berlin, and sure enough, People had confirmed earlier in September that a recent Cuoco Instagram post placed the actor in the German capital during Season 2 production.

The third location is Reykjavik, meaning that Cassie will also likely find herself in the Iceland’s capital city.

More like this
Here’s Where Caitlin Atwater Is After HBO Max’s ‘The Staircase’
By Brad Witter and Lindsay Denninger
IRL ‘Staircase’ Characters Todd & Clay Peterson Still Think Their Dad Is Innocent
By Gretchen Smail and Rebecca Patton
All The Theories About Kathleen Peterson’s Death
By Morgan Leigh Davies
What Happened To The Real Sean Suiter From We Own This City?
By Kadin Burnett
Get Even More From Bustle — Sign Up For The Newsletter