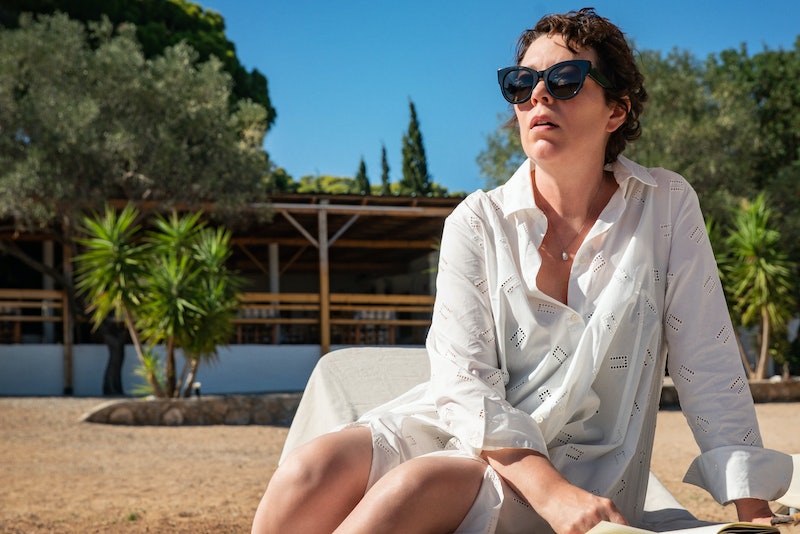 Based on a novel of the same name by Italian author Elena Ferrante, Netflix’s The Lost Daughter takes viewers on a twisted journey exploring motherhood and loss. Maggie Gyllenhaal’s psychological thriller tackles the dark and ominous themes of Ferrante’s story, juxtaposing them with the beautiful, sunny surroundings of Southern Italy. But where was The Lost Daughter actually filmed?

The Lost Daughter centres on Leda (played by Academy Award winner Olivia Colman in the film adaptation), a middle-aged, divorced mother who travels to a coastal town in Southern Italy for a peaceful holiday for one. However, things quickly take a menacing turn when Leda becomes obsessed with fellow holiday maker Nina (Dakota Johnson) and her two daughters.

Starring alongside Johnson and Colman in Gyllenhaal’s adaptation is Paul Mescal – his first Hollywood film after the success of Normal People – as well as Peter Sarsgaard and Jessie Buckley. Though originally set to be be shot in New Jersey due to what Gyllenhaal refered to as the “great tax incentive” to Vanity Fair, lockdown meant the production team had to re-think their strategy. Instead, they decided to form a quarantined set on the Greek island of Spetses, near to Athens.

“As soon as we even considered shifting to Greece — which was really just a fantasy whim I had — it took off,” Gyllenhaal told Vanity Fair.

Speaking to Deadline about the switch in location, Negeen Yazdi, senior vice president of film development and production at Endeavor Content, said, “[E]veryone pulled together to come up with a solution. And the key was to find somewhere that wasn’t just viable from a production standpoint or a safety standpoint, but somewhere that has the same heart and soul of the script. And we found Greece and we found a way to keep it incredibly contained, and we found a way to build new self-imposed quarantine and testing protocols to ensure that everything went smoothly.”

Spetses is located in the Saronic Gulf, known for its rich history and picturesque towns. The island is car-free, with taxis being the only motor vehicles allowed. The best way to get around otherwise is on foot. Spetses is home to the famous Agios Nikolaos monastery, boatyards, and Bouboulina’s museum, though it is best known as a popular destination amongst Greeks and tourists alike.

Clearly the cast were just as taken by the charm of the island, with Johnson spotted doing her own sightseeing between filming. Gyllenhaal also seemed taken with the location, uploading a beautiful photo of her and Sarsgaard (her husband) on the island during filming.

This article was originally published on Oct. 31, 2021