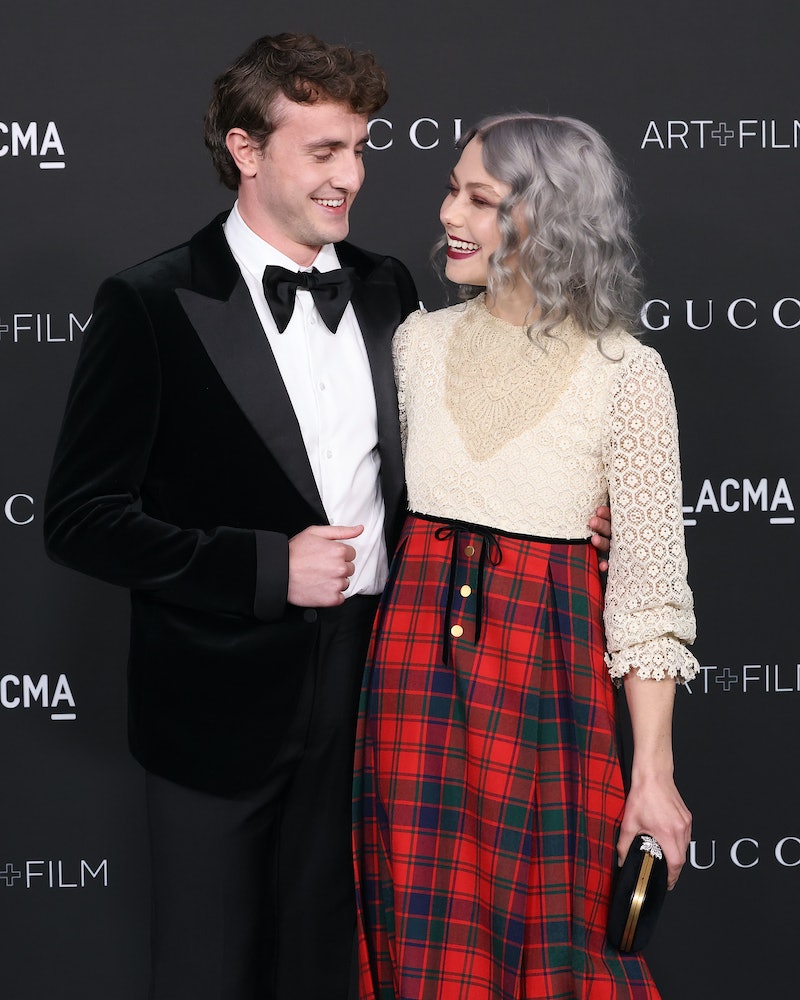 Since taking on the role of Connell in the BBC One hit adaptation of Sally Rooney’s Normal People, Paul Mescal has spent a lot of time in the spotlight. Connell’s ability to single-handedly awaken the thirst of the nation with a simple gold chain was second to none, but now it seems that Mescal is off the market for good.

On Dec. 10, the actor and his rumored girlfriend Phoebe Bridgers seemingly hit a milestone when they made their relationship Instagram official. In the photo, which was shared on the “Motion Sickness” singer’s feed, she’s seen smiling wide at the camera as Mescal kisses the side of her face. The post came roughly one month after the alleged couple made their red carpet debut.

After 18 months of fans monitoring Mescal’s love life like fine art, he made his way down the red carpet with Bridgers at the LACMA Art+Film Gala on Nov. 6. The pair looked super cosy at the event in LA, arm in arm, and serving all of the couple goals. While they still have not confirmed that they’re officially together, they appeared to be very close.

While their red carpet debut may have been a hard pill to swallow for some fans, it’s hardly unexpected. Speculation that they were a thing began in July 2020, when the Los Angeles-based musician met with Mescal to have brunch at a café in Kinsale, Ireland. Already there had been some definite flirting going on, even as far back as December 2019. From their mutual love of each other’s work to their time together when Mescal featured in Bridger’s music video for “Saviour Complex”.

An Instagram post shared by actor Ziwe in November 2021 only added to the long-running speculation. In the post, the actor shared snaps from a Johnnie Walker-sponsored Halloween party attended by the likes of Emily Ratajkowski, and eagle-eyed fans spotted Mescal and Bridgers looking cosy in the background of one of the pics.

Again, this wasn’t concrete evidence that the pair had gone official, but they appeared to attend the party as Machine Gun Kelly and Megan Fox, Hollywood’s hottest PDA couple right now. Could it be a hint?

Bridgers isn’t the only celeb that Mescal has been linked to since he starred in Normal People. After the show aired in 2020, fans immediately began to speculate about Mescal’s relationship with onscreen love Marianne (played by Daisy Edgar-Jones.) And while they have been clear that they have so much love and respect for each other, fans aren’t about to see a grand romance between the two of them. Similarly, he was linked to his friend and flatmate India Mullen (who played Peggy in the Sally Rooney adaptation), but nothing was ever confirmed.

In late 2020 Mescal admitted he was seeing someone (please don’t shoot the messenger). In an interview, the 25-year-old actor revealed his girlfriend had been a “lifesaver” throughout his experience of being thrust into the limelight following the show’s overnight success. Although he kept her identity private, he told GQ: “To have someone to lean on through such a mad, mad time has been invaluable. Really, I don’t know where I’d be without her.”

It was never made clear who Mescal was referring to but, after attending a film Gala as each other’s dates and looking very tight in a couple’s Halloween costume, it could be safe to assume that Mescal and Bridges are finally making clear to fans that they’re more than friends.