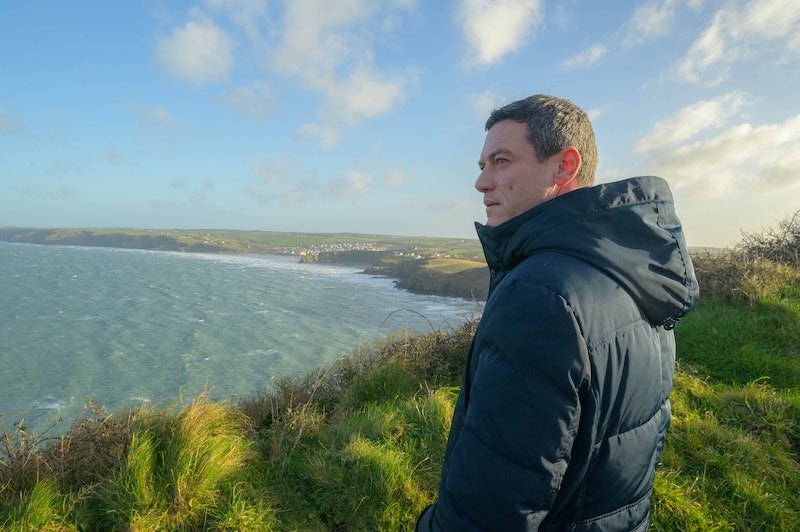 ITV is kicking the new year off with a true crime thriller that will have you on the edge of your seat from beginning to end. The Pembrokeshire Murders tells the true story of murders that took decades to solve and the detective who lead the investigation. Retelling a true story comes with a pressure to make it as accurate as possible. So, where was The Pembrokeshire Murders filmed? If you’re from southwest Wales you’ll likely recognise a lot of the scenery.

The first episode in the three part series will air on Jan. 11 and in the run up to it starting director Marc Evans has said he really worked to make The Pembrokeshire Murders as authentic as possible. It will probably come as little surprise to viewers then that many of the sweeping shots of landscape, shots of the coastline, and outdoor scenes were filmed in Pembrokeshire. Specifically in Goodwick and Fishguard and along the area's famous coastal path, per Wales Online. BT reports that as filming began in early 2020 Luke Evans, who plays lead Senior Investigating Officer Steve Wilkins, could be seen in Pembrokeshire getting into his role.

The Welsh actor said in a statement, “it’s actually my first time working on a project in Wales so for me it’s very poignant, and also that it is a Welsh story. I got to visit some incredibly beautiful parts of Wales as well which was special.”

Executive Producer Simon Heath explained in a statement that due to weather conditions filming took place in Pembrokeshire and Cardiff. “It’s very much a story of its place, so there was never any question that we weren't going to shoot at least some of the story in Pembrokeshire,” he said, adding: “But because of the window of opportunity we had to film with Luke, we had to shoot at the very start of 2020, when the weather and conditions were likely to be against us. Knowing these limits, we shot all the key Pembrokeshire exteriors across a period of three weeks, knowing that we would then come back to Cardiff and its surroundings to do many of the interiors in the drama."

The Pembrokeshire Murders is based on a book written by SIO Steve Wilkins and ITV news journalist Jonathan Hill. It details the investigation that led to two murders being solved over two decades after they were committed. The suspect is already in jail for burglary. However, his time is nearly up and Wilkins needs to work out if he could kill again once released. It's the way that Wilkins completed his investigation that will make the hairs on the back of your neck stand up.

The Pembrokeshire Murders has an all-star cast but the location plays a massive role too. Health said [per the Radio Times], “I worry sometimes that as budgets get bigger and bigger and shows are more and more generic that you get this kind of homogenous setting that doesn’t seem to be anywhere. But I’m a great believer in the specifics of place.”

There’s no denying that the shots of eerie, winter, coastline add to the high drama of the story. You can watch The Pembrokeshire Murders on ITV on Jan. 11 at 9 p.m.