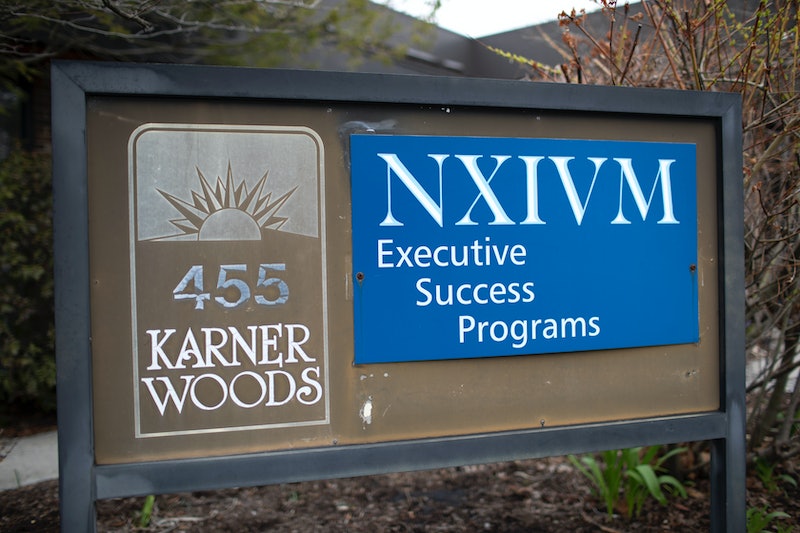 Given that Lauren Salzman's mom Nancy co-founded NXIVM, it was really only a matter of time before Lauren also joined. Eventually, the New York Times reported that she worked her way up to be "first-line master" of the DOS or "The Vow" in the all-women alleged sex cult within NXIVM that practiced slave/master behavior, branded women, and more under the leadership of the group's only man, Keith Raniere. The NYT reported that Salzman was in charge of 22 "slaves" before the group's eventual exposure and fall from grace. Now, Lauren Salzman is awaiting sentencing after pleading guilty in March 2019 to racketeering and racketeering conspiracy for her role in the cult-like group.

The New York Post reported that Salzman admitted to having kept one of her "slaves" locked in a room for two years, threatening to deport her if she disobeyed orders. For the racketeering plea, the Post reported that Salzman faces up to 20 years in prison, but she could be given a lesser sentence for cooperating with prosecutors and testifying at Raniere's trial. That she did so was monumental, as Rolling Stone reported that Salzman said she'd initially been "in one mode: protect Keith," when police showed up to arrest him. Raniere was convicted last year of several crimes, among them "racketeering, sex trafficking, forced labor conspiracy," per Forbes.

Salzman was initially set to be sentenced in September 2019, according to another New York Post article, but her court date has been indefinitely delayed. It's possible that prosecutors will prioritize her sentencing after finishing up with Raniere's case; he's due for sentencing on Oct. 27.

Until then, Salzman remains under house arrest with an electronic monitor to track her whereabouts, per the Post. Last summer, she tried to get her house arrest restrictions lessened, with her lawyers stating that her guilty plea should allow her more freedom "to integrate into her community." The judge denied her request.