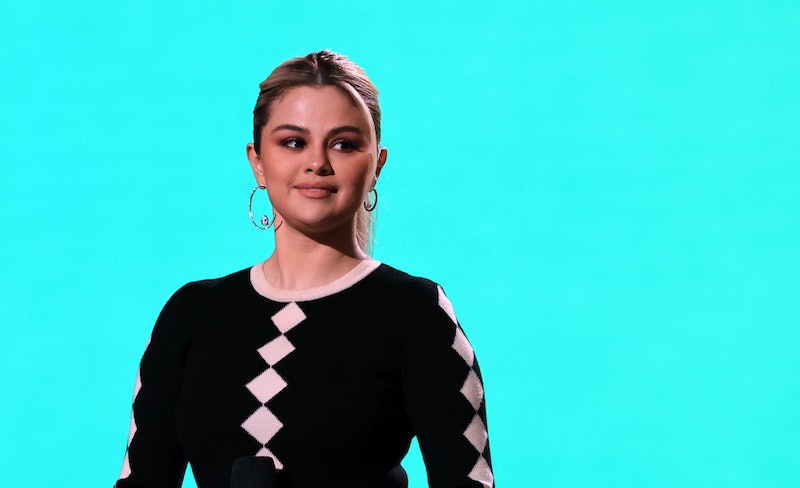 It’s no secret that Selena Gomez isn’t social media’s biggest fan. Over the years, the actor, singer, and Rare Beauty founder has taken breaks, gotten candid about the platforms’ downsides, and even ditched the apps. She recently went so far as to tell WWD that being disconnected has saved her life. And yet, she’s still one of the most-followed people in the world, so who exactly is running her social media?

It turns out that Gomez has found a way to have her cake and eat it, too. She controls her content, while a member of her team does the actual posting. “I do all of my posts through just texting my assistant and the caption that I want,” she told WWD.

The setup means that she can interact — or not — as much as she wants to. She told the outlet that the apps are still off her phone, as they have been since she deleted them three years ago. “I say that because that’s a huge, significant part of why I feel like I’ve been as healthy as I have been,” she explained. “I’m completely unaware of actually what’s going on in pop culture, and that makes me really happy. And maybe that doesn’t make everybody else happy, but for me, it’s really saved my life.”

At least as far back as 2017, Gomez was honest about her complex feelings about social media. Speaking to Business of Fashion for a September feature, she called “the biggest challenge” for her generation “separating what you see on your phone from what is your life.” While she conceded that “social media is an amazing way to stay connected,” she shared her concern that it was encouraging young girls to grow up too fast and sometimes giving “too much information.”

In later years, the “Let Somebody Go” singer continued to have her doubts and to express them very publicly. She reminded her Instagram followers that “negative comments can hurt anybody’s feelings” in a September 2018 post that announced she “taking a social media break.” The following May, she described social media as “dangerous” while speaking to the press at the 2019 Cannes Film Festival, also saying it “has been really terrible” for her generation.

By that point, she’d deleted her apps, but she decided not to get rid of her social media presence entirely. “I wanted to delete it altogether, but my team was smart enough to convince me not to,” she explained to WWD. Now, she feels good about her decision because she still considers the platforms “a wonderful way to stay connected” and represent herself genuinely despite her limited engagement. “When I do go on, it makes me happy to know that I’m just being completely honest and being true to who I am,” she said.

For Gomez, that can mean photos with family, celebrations of her heritage, or information about any of her many successful career ventures. The important thing is that she’s doing the best she can to take care of herself.

More like this
5 Wild Theories About Miley Cyrus’ “Flowers” Music Video
By Jake Viswanath
The Ticketmaster Senate Hearing & Taylor Swift Tickets Debacle, Explained
By Jake Viswanath
This Pre-'Love Island' Video Of Olivia & Zara Together Changes Everything
By Bustle UK
What Really Happened Between Lea Michele & Sadie Sink On 'The Tonight Show'
By El Hunt
Get Even More From Bustle — Sign Up For The Newsletter
From hair trends to relationship advice, our daily newsletter has everything you need to sound like a person who’s on TikTok, even if you aren’t.