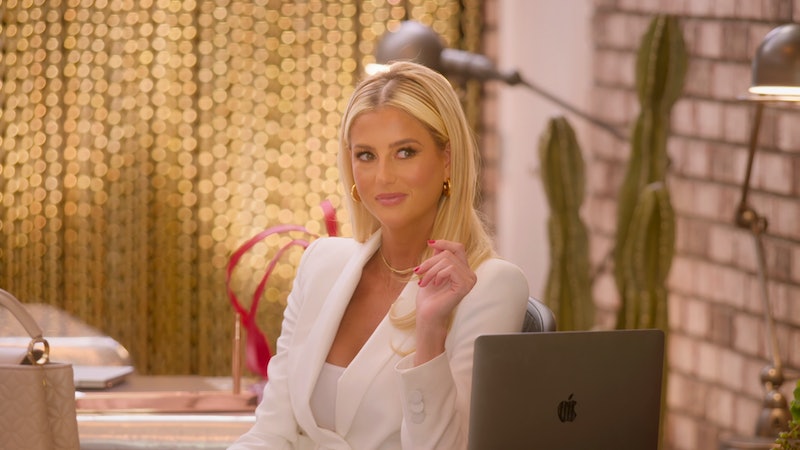 Selling Sunset’s fourth season introduces a few fresh faces to the Oppenheim Group — one of whom already has a history with resident pot-stirrer Christine Quinn. As was revealed in the trailer for the show, Christine and new cast member Emma Hernan previously dated the same man. This leads to a lot of drama between the two realtors throughout the show: Christine insists their relationships with him overlapped, while Emma contests that he and Christine had long broken up by the time she entered the picture. Whichever the case, it culminated in a big confrontation at the gym when Christine arrived to see her ex-or-maybe-current-boyfriend with Emma and subsequently blocked them from leaving with her car.

Neither of the women ever refer to their shared ex by name, and after some internet sleuthing, it’s still unclear who he is. What’s certain is that the situation unfolded several years ago: Christine began dating her now-husband Christian Richard in 2019, and Emma confirmed to People in late September that she’s now single. “I’m [at the Oppenheim Group] to work and hopefully all this high school drama that I’ve dealt with for years can stay like Christine — out of mind,” Emma says in the show.

Emma also addressed her ongoing feud with Christine in a recent Cosmopolitan interview. “I mean, with girls in general... If there’s a guy or their relationship involved, there’s going to be some feelings,” Emma explained. “You'll definitely see it play out on camera. I stay true to who I am and I definitely try to take the high road with everything in life. ... Just pay very close attention to the facts. I can't give too much away, but let's just say you guys will be having some popcorn with that interaction.”

The women’s issues also extend to the workplace, as Emma — who worked for the Oppenheim Group prior to joining Selling Sunset — is brought in to cover Christine’s listings while she’s on maternity leave. “I hope you see it as a professional decision,” Jason Oppenheim tells Christine, who storms out crying.

Emma previously teased to Nylon that the fourth installment of the Netflix reality series is “hands down ... the juiciest season” yet. However, when asked by the outlet if Christine is as “fabulous and wild” offscreen as she is on the show, she replied, “I’ll say no comment on that one.”