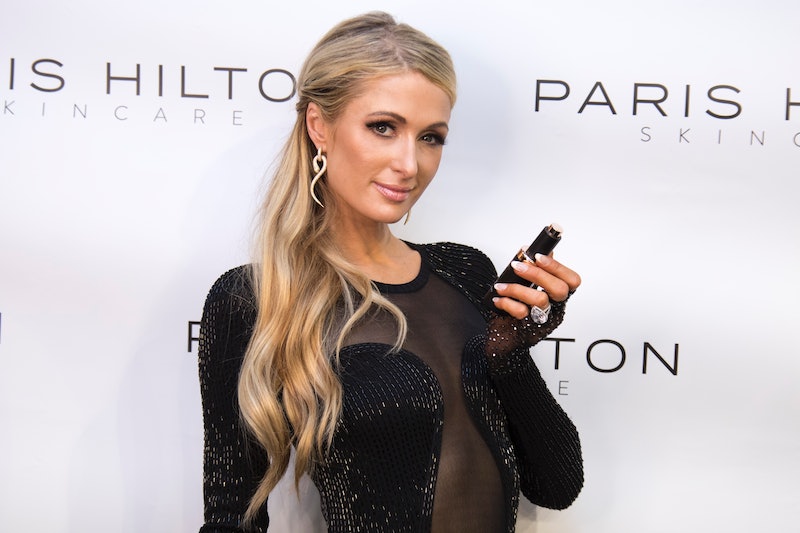 People have long criticized Paris Hilton for living a seemingly charmed life. But as her new documentary reveals, it isn't so easy being the world's most famous socialite. The film, This Is Paris, details the abuse she suffered as a teen, as well as her troubled relationships. But perhaps the relationship that receives the most attention is the one between Hilton and Aleks Novakovic. The pair are no longer together — she's now dating businessman Carter Reum — but the doc still gives a glimpse into what their life together was like.

The duo met at the Ultra Music Festival in Miami shortly before filming began on the doc, according to People, but their happiness was short-lived. The film captures the pair engaging in a blow-up fight backstage during another music festival, Belgium's Tomorrowland, which led to their break up and Novakovic being forcibly removed from the festival at Hilton's request. "I've never ripped someone's bracelets off their arm at a musical festival before," Hilton says of Novakovic in the film. "That's one of the meanest things you can do to someone ... But I just had had enough at that point. A person can only take so much. Anything that tries to control me I can't have room for in my life."

So who is Novakovic, outside of what's captured in the doc? Novakovic is a former professional athlete. He played soccer from 2007-2017 for a number of smaller German clubs, most recently for the German club FC Königsfeld in 2017. But these days his main gig is being an "influencer," going by @alekssupernova on Instagram, where he shares photos of himself at music festivals, expensive hotels, and on private jets to his 162k followers. He works for an influencer marketing company called Social Collab, and his title is listed as "PRO" on the company's website.

He also appears to be involved in a clothing brand called "What's the Minimum." The brand sells expensive T-shirts, hoodies, sweatpants, and ballcaps on its website. Hilton is featured heavily in the brand's launch video on Instagram, even though the launch took place a month after her breakup with Novakovic at Tomorrowland. It's unclear from the brand's website if Novakovic is involved with the founding/running of the brand, or if he just promotes it on social media as part of an influencer deal.

Yet despite having his fingers in many pots — clothing brands, pro soccer, social influencing — it looks like Novakovic's biggest claim to fame is his appearance in the doc.