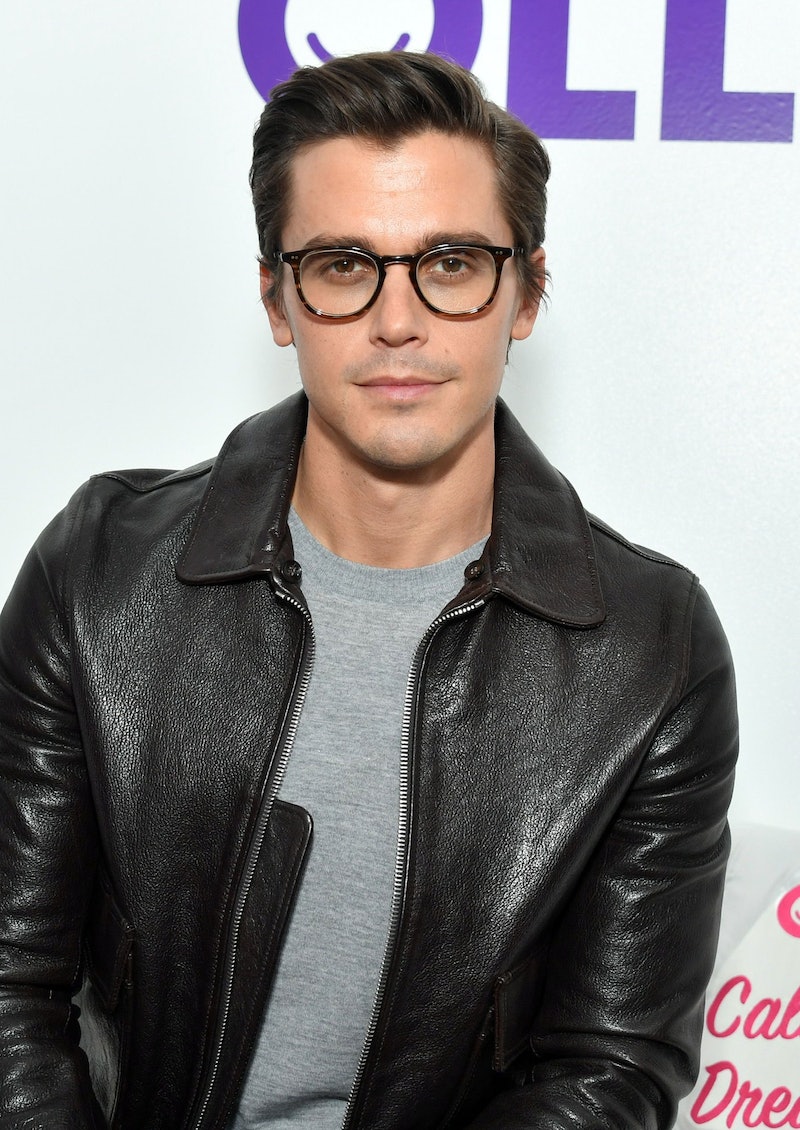 When it comes to planning a romantic meal, Queer Eye star Antoni Porowski's food and wine expertise isn't going to waste. As a source confirmed to E! News in November, Porowski is dating New York City-based advertising executive Kevin Harrington. The two made their public debut as a couple while attending multiple celebrity Halloween parties in matching costumes last October.

They've since celebrated Thanksgiving (or "Farmsgiving") and Taylor Swift's 30th birthday together, as well as gone hiking in Utah and took a ski trip to Switzerland. After production for Queer Eye Season 6 was halted amid the COVID-19 pandemic in March, they quarantined together in Austin, Texas for about four months. While there, Porowski adopted a foster pitbull beagle mix named Neon, and the trio eventually took a road trip home to New York City, according to People.

In July, Porowski told the magazine he’s had his “butt in the kitchen” of his NYC apartment ever since, though he admitted Harrington "makes really good eggs." Added Porowksi: "Apparently he makes a penne vodka, but he has yet to make it for me!" Since then, the pair has headed west, according to Porowski’s Instagram posts, most recently visiting Aspen, Colorado, as well as Wyoming’s Yellowstone National Park.

Porowski, who identifies as sexually fluid, has also been developing a Netflix rom-com loosely based on his dating life. As he explained to the Associated Press last August, he worried about whether he was "gay enough" to be on Queer Eye. "I think I did certainly have a bit of shame being fluid when I was growing up because I didn't know too many people who I could relate to," he said. Porowski added to GQ that he feels like it would "make it easier for people to understand sometimes" if he referred to himself as gay, but doing so would dishonor the women who he's been in love with.

Porowski was previously in a relationship with Joey Krietemeyer, but the two split in October 2018 after seven years together, according to Us Weekly. He then dated Flipping Out alum Trace Lehnhoff for about a year before the two broke up in August 2019, per People.

One person Antoni has not dated is Queer Eye costar Jonathan Van Ness. The duo sparked dating rumors last July and even created an Instagram account, @jvntoni, to fan the flames, later explaining it was all a joke. "Also for clarification, @jvn & I are a couple.... of very close friends who run a satirical couple account and may fall in love someday, but that day is not necessarily today," Porowski tweeted on July 31.

His relationship with Kevin, however, seems to be the real deal.