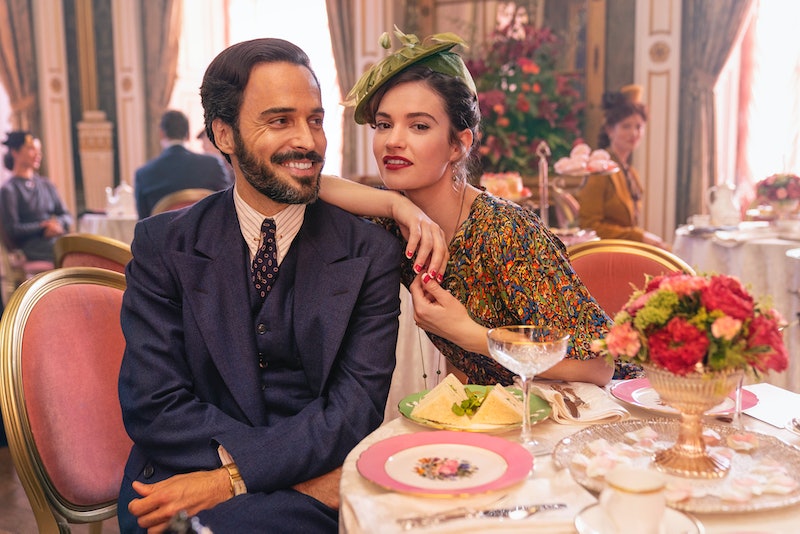 New BBC One drama The Pursuit of Love airs on May 9, and until then I’ll be watching the trailer repeatedly until Lily James and Fleabag’s Hot Priest, Andrew Scott grace our screens. Appearing alongside them in the cast will be Assaad Bouab, who features opposite James as her love interest. But just who is Assaad Bouab, and where might you recognise him from?

The French-Moroccan actor is no stranger to the small screen. Fans of Netflix’s French comedy series, Call My Agent, may recognise the actor. The series follows the inner workings of a Parisian talent agency and Bouab plays the arrogant, yet charismatic billionaire who buys it out. He’s a seriously Marmite character who divided viewers.

Speaking to Variety, Bouab said the role “marked a milestone for him because it’s opening doors into mainstream French cinema.” Not only did this role catapult him into stardom in France, but, thanks to Netflix, he gained fans worldwide and was exposed to a whole new audience.

His acting credits also include an episode in Homeland, where he played a commander of a Syrian refugee camp, starring opposite Claire Danes and Mandy Patinkin. In the same interview with Variety, he spoke about how he hoped this role would “lead to more work overseas, notably in London.” Well, his hopes were clearly answered, as his role in The Pursuit of Love suggests.

More recently Bouab appeared in Netflix’s controversial series, Messiah, which told the story of the emergence of a man claiming to be the Messiah. Bouab played a recurring role, playing a CIA agent and starred alongside Michelle Monaghan.

The Pursuit of Love will air on BBC One and BBC iPlayer on May 9, at 9 p.m. All three hour-long episodes will be available to watch as a boxset on BBC iPlayer.