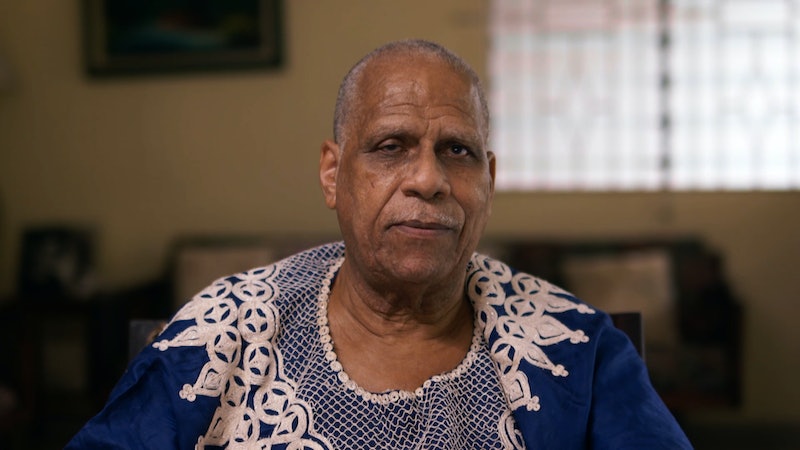 Last year saw director Steve McQueen’s groundbreaking five-part anthology, Small Axe, storm the small screen. And now, McQueen has executive produced two companion documentaries for the BBC, which focus on themes explored in two of the Small Axe episodes: the UK Black Power movement in Mangrove; and the ESN school scandal in Education. The first, Black Power: A British Story of Resistance aired in March, and it is followed by this week’s Subnormal: A British Scandal. So, who is Bernard Coard, one of the documentary’s key people?

Subnormal: A British Scandal takes a look at one of the biggest scandals in the UK’s education system. The one-hour documentary focuses on ESN, or “educationally subnormal” schools, where a lot of Black British children were sent during the ’60s and ’70s. The basis of entry to these schools was an IQ test, which was inherently bias against Black pupils, and prevented many children from achieving their full potential.

The man who played a fundamental role in ensuring these schools were closed was Bernard Coard. Coard was born in Grenada in 1944, and spent his university years in the U.S., before heading to the UK where he was a teacher for two years. What he observed during this time informed the seminal book he published in 1971, titled How the West Indian Child is Made Educationally Subnormal in the British School System.

Coard’s book exposed the discrimination faced by Black students, and the institutional racism of the UK education system. At the time, it was only picked up by two bookshops: Bogle L'Ouverture, set up in 1966 by John La Rose; and New Beacon Books, founded in 1968 by Jessica and Eric Huntley. The owners of both book shops formed an alliance that was instrumental in Black British publishing and politics. And it was Coard’s publication that galvanised parents and educationalists to fight for justice.

Speaking to the Guardian in 2005, Coard highlighted the link between what happened in schools 40 years ago, and the current education system, which still disproportionately affects Black pupils. “What is particularly important to note is that the children of the 1960's and 1970's whom the British education system failed are the parents and grandparents of today's children, large numbers of whom are being suspended and ‘excluded’ from schools,” Coard said. “When society fails one generation of children, it lays the foundations for similar, even worse failures in the generations to follow.”

McQueen spoke more recently to the Guardian about the victory achieved by Black parents and Black educators in light of Coard’s book: “It was huge. ESN schools do not exist now... I would have been definitely put in one of those schools and bussed out to wherever, limiting my possibilities and prospects.”

McQueen continued: “They’ve changed people’s lives, not just Black people, white people too. Those Black parents made it possible for any and everybody to have a chance of succeeding at what they want to do. This is not just about the Black community. It’s about the whole community.”

More like this
Pro Footballer Zander Murray Is "Blown Away" By Support After Coming Out
By Sam Ramsden
Jason Derulo Is Launching A New Singing Show In The UK
By Maxine Harrison
'I'm A Celebrity' Just Made A *Major* Announcement
By Sam Ramsden
After The Bling Ring, Nick Prugo Was Embroiled In Another Scandal
By Arya Roshanian
Get The Very Best Of Bustle/UK