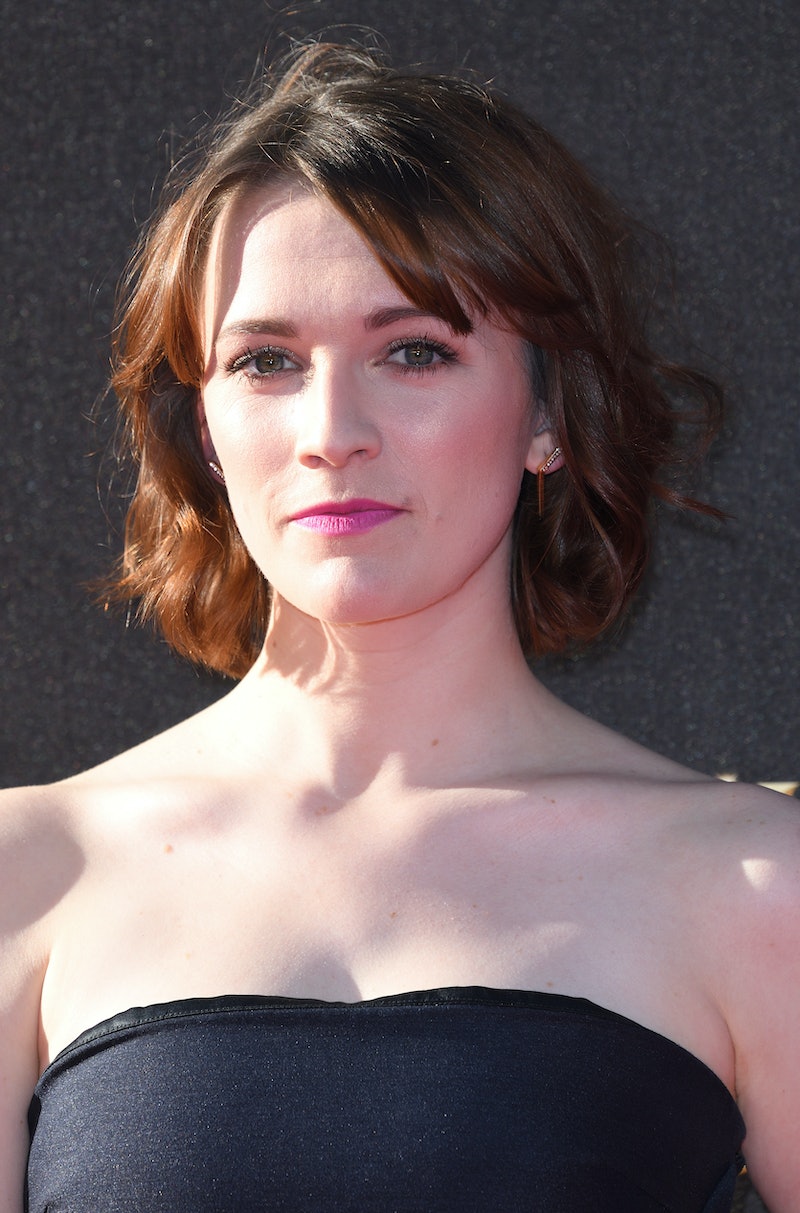 Charlotte Ritchie has become quite the familiar face on television in recent years, starring alongside comedian Mae Martin in the critically-acclaimed series Feel Good, which just returned for season two on Netflix. The talented, and apparently very busy, actor also features on BBC’s Ghosts, C4’s Dead Pixels, and Call The Midwife, as well as the return of Taskmaster. But what about her life off-screen? More specifically, who is Charlotte Ritchie dating?

The actor rarely talks about her love life, but going by what she’s said in previous interviews, it would seem as though Ritchie might be single currently. In 2015, she told the Daily Mail about her long-term relationship, revealing that she was dating an economist at the time. “We were at uni together, but didn’t start dating until afterwards,” Ritchie explained. But in an interview with the Guardian last year, she spoke about how her ex-boyfriend used to be a huge Love Island fan – though it is not confirmed if that was the same as economist in question. “I would always go around to his and complain about it, and then, within five minutes, I would be telling them off if they spoke over the contestants,” she said. We can relate.

While keeping her love-life schtum, Ritchie has been speaking a lot about her Feel Good character George and the on-screen romance with the series’ star Mae Martin.

“You go on a real journey with this couple and I find I just really root for them,” Ritchie told the Radio Times ahead of Feel Good’s anticipated second series.

Speaking about what happened with Mae and George in season two, Ritchie said: “I suppose you get this feeling like you are still kind of wondering where they go next. I don’t think that it’s completely fully tied up in a big pretty bow, but it’s truthful. There’s this sense of the unknown in their future which I really love because I think that’s what life really is like. There are no guarantees and you do have to take whatever life is throwing at you as you progress either together or not.”

Aside from her ever-growing list of television roles, Ritchie is also an accomplished musician who is a member of the classical crossover group All Angels. Her brother Luke is also a singer-songwriter, who she toured the country with in 2015. Her sister, Alice, is a journalist, but she’s been instructed to stop talking about her in interviews “because whenever I’m asked I say the wrong thing,” Ritchie explains.

“The three of us are very abusive to each other, but in a nice way,” she told the Daily Mail in 2015. “We all live in London and meet up regularly. Mum and dad have forced us to be nice to each other.”

There’s a chance this sibling rivalry banter could show up in the upcoming series of Taskmaster, but it seems that Ritchie is more relieved that she doesn’t have the “familial pressure” to do well, unlike fellow panellist Lee Mack. “I hadn’t known just how big a fan he was of the show and how much it meant to him,” she told Radio Times. “I think also his kids are really big fans and he had quite a lot riding on whether he was like a good enough dad. I didn’t have the same familial pressure which is a relief.”