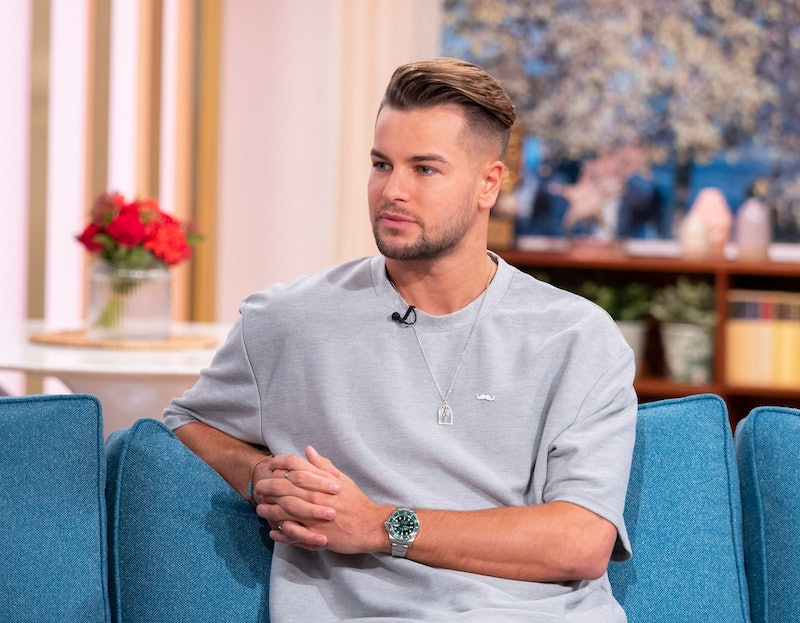 Chris Hughes first rose to fame during his time in the Love Island villa back in 2017, where he coupled up with Olivia Attwood. The pair have since gone their separate ways and dated various high-profile people in the years since, but who is Chris Hughes dating right now?

Well, before we dig into what's happening now, let me give you a quick rundown of Hughes' relationship history.

Hughes finished Love Island 2017 in third with Attwood, but the couple eventually broke up on their reality show Crackin’ On in March 2018.

Following the split, Hughes confirmed he was dating Made in Chelsea’s Emily Blackwell in April 2018, as OK! reports, and the pair kept fans well informed about their dates all over the beautiful Gloucestershire countryside on Instagram. Their romance appears to have lasted only a few months, however.

In January 2019, Hughes confirmed that he and Little Mix singer Jesy Nelson were an item, and appeared in her BBC Special Odd One Out the following September. Sadly, the couple parted ways in April this year, and, speaking to Vicky Pattinson on her podcast The Secret To a few months later, Hughes revealed he was left heartbroken by the split.

As for his dating life now, though, we know that lockdown put a dent in things initially. “I feel completely useless with women! This whole lockdown thing takes you a step back,” he said on Pattinson's podcast. “[It] feels like it’s gone on for so long. I’ll be alright, I’ll get straight back into it.”

A month after the podcast, Hughes was spotted out with model Mary Bedford, who is currently sunning it up in the the Love Island villa. At the time, neither confirmed their relationship status, but pictures published by The Sun showed the pair kissing and walking arm in arm together.

After Bedford mentioned in the beach hut that she wasn’t keen on dating another footballer (something that fans thought might have referred to Hughes, a former player), Hughes publicly cleared the air by telling The Sun on Aug. 12 that Mary was not his ex. He said, “I went on a date with her and I was pictured with her but that was as far as it went. She's a nice girl and I wish her all the best, but she's not my ex.”

On the same day, Hughes went Instagram official with a new girl. Annabel Dimmock – a professional golfer – posted of a picture of the two at Thorpe Park with the caption “Handsomes x” to which Hughes replied with a “Yours” and a heart face emoji.

Speaking to The Sun about his new relationship, he said: “I met her on the golf course, spent a lot of time together and yes, it was lovely. We get on well with each other. Obviously, I've met loads of girls over the last however long and you talk to people but I've never got that buzz with anyone, since my last relationship. I’ve never had that buzz, so for someone to come along, this one feels different.”

Dimmock, 24, has played six seasons of professional golf and already has a huge social media following.

Speaking about the picture she posted, Hughes told The Sun: “I was actually asleep on the way home from Beverly Racecourse. I'd been working up there. I was on my way home in the cab. I fell asleep and I woke up to a picture. It was quite lovely. It was a nice little feeling.”