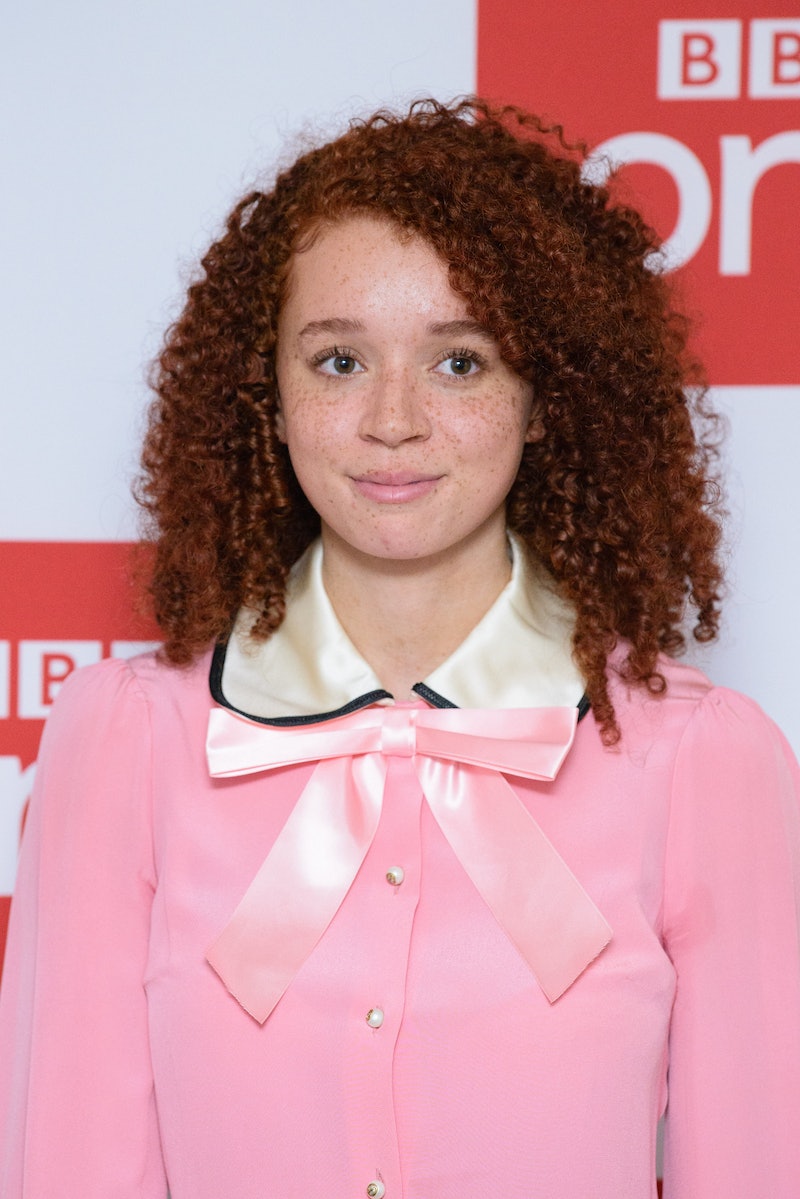 Erin Kellyman's appearance in BBC1’s new drama Life is set to be another incredible performance for the rising star. The actor is likely to have appeared in all of your recent BBC faves, and, with a huge career ahead of her, it's worth getting to know the actress now. So, who is Erin Kellyman?

You might remember seeing Kellyman's captivating, beautifully freckly face when she starred as Kayla Green — the daughter of Peter Jones’ coach-driving character — in BBC2’s black comedy Don’t Forget The Driver, which first aired in April 2019. Describing her character, the actress told the BBC that Kayla "struggles with her identity a lot. She’s not quite happy where she is, but also doesn’t know what she wants to do. She doesn’t feel like she fits anywhere.”

You may also remember her from BBC1’s non-musical adaptation of Victor Hugo’s epic Les Misérables where she played Éponine Thenardier. When speaking to Bradford Zone ahead of her appearance on the show, Kellyman said: "First time I saw Les Misérables was the film — so I was roughly 14. I really liked the film and Éponine and Gavroche were my two favourites. To be able to do this is crazy. Getting to play her was a dream."

Fittingly, when Screen Daily named her one of their "Stars of Tomorrow" on Oct. 4, 2018, she told the site that acting had been her ambition from a young age, and that she had watched "movie after movie after movie. Les Misérables in particular. I loved the character of Éponine."

Before Les Misérables, however, Kellyman got her big blockbuster break when she appeared as the nefarious Enfys Nest in Solo: A Star Wars Story.

Her latest role is Maya Stone — the niece of Victoria Hamilton’s Belle — in Life, which sees the actor portray a troubled teen who is trying to understand how she fits into her family dynamic. Looking back on her teens, Kellyman discovered she had a lot in common with Maya, and that it was “interesting to go back and channel those emotions that [she] was feeling, which [she] thinks most 15-year-old girls are feeling,” the star told the BBC.

“What drew me to Life is that it’s character-based,” she continued. “There are lots of little stories and big stories that are happening at the same time. And I find it really interesting how they all link.”

According to the Nottingham Post, Kellyman studied acting at Nottingham's Television Workshop, alongside the likes of Skins' Jack O'Connell and Line Of Duty's Vicky McClure. From there, she went on to impress at her very first audition, as she landed the role of Cathy in Channel 4's adaptation of Caitlin Moran's autobiography Raised By Wolves.

While you wait to see Kellyman play Maya in the next episode of Life (which you can catch the first episode of on BBC iPlayer), it's worth checking out the actress' social media pages. You won't find her on Twitter, but you can browse through her Instagram page @erin.kellyman, which shows off some fierce lewks.

Life continues Tuesdays on BBC One at 9 p.m.