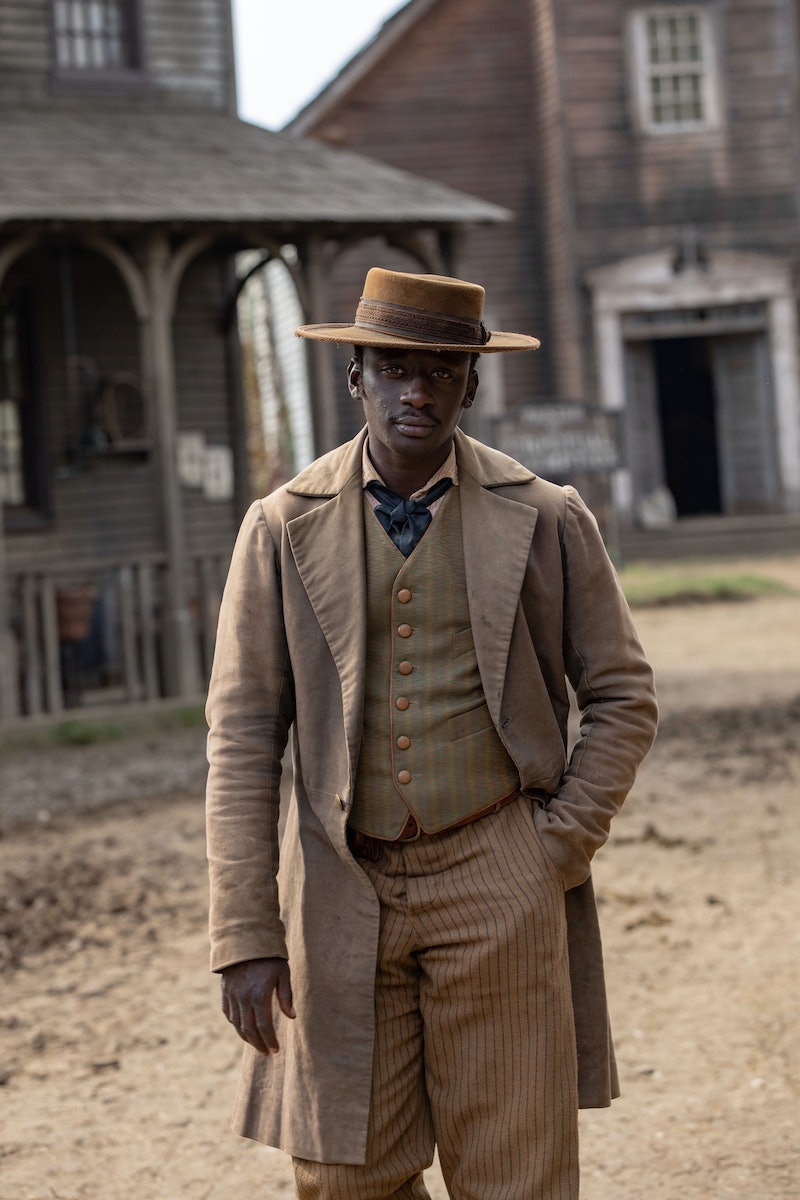 Buzz around the BBC’s newest adaptation, Around the World in 80 Days, has been building over Christmas and now the premiere is almost upon us. Airing on boxing day, the new, eight-episode series sees beloved British actor and former Docto Who David Tennant take on the role of Phileas Fogg – moustache and all – but my guess is you’re wanting to learn a little bit more about the two actors joining him on his epic adventure. So, let’s start with Ibrahim Koma, who plays valet-turned-confidant Passepartout. Who is Koma and what is there to know about his life both on and off camera?

The 34-year-old French star was born and raised in Paris and has been acting since childhood. He began his career playing mainly French-speaking roles – the film We Need a Vacation (2002) and the soap opera Sous le Soleil – and, lucky for us, his career has gone international.

Koma’s not been afraid to tackle serious subjects in his work. In 2021, he starred in As Far As I Can Walk, a modern re-telling of a medieval epic. Koma played as Samita, a Ghanaian man searching for his wife after they are separated along the migrant route. The film is said to raise questions around identity, tradition, race, and love and won not one but five prizes at the Karlovy Vary International Film Festival in the Czech Republic, including Best Actor for Koma.

As mentioned, this Christmas we’ll be seeing Koma in a totally different role, acting alongside Tennant in the highly anticipated adaptation of Jules Verne’s classic. He is playing Passepartout, an assistant to Phileas Fogg who embarks on globe-trotting adventures along with the journalist Abigail Fix (Leonie Benesch).

So, what about Koma’s life off screen? Does he have a special someone supporting him from the sidelines, for example?

Well, with his busy work schedule, it seems that Koma doesn’t have time for a leading lady in his life. From the limited information out there, the Parisian actor seems to be single at the moment. Despite keeping his 2,000+ Instagram followers updated, he doesn’t share much about his private life, and he hasn’t made it public if he is indeed dating anyone at the moment.

While we might be left guessing about his private life, there’s talk of an on-screen attraction between Koma’s character in Around the World in 80 Days, Passepartout, and the young journalist, Abigail Fix. Talking to the Radio Times, Koma has teased that the pair are attracted to each other. He said, “There’s kind of that [attraction] in the air, throughout the whole series. But when there’s attraction, there’s also a fight because, you know, they like each other, but they don’t understand each other.” So, we’ll just have to wait and see how that attraction plays out.