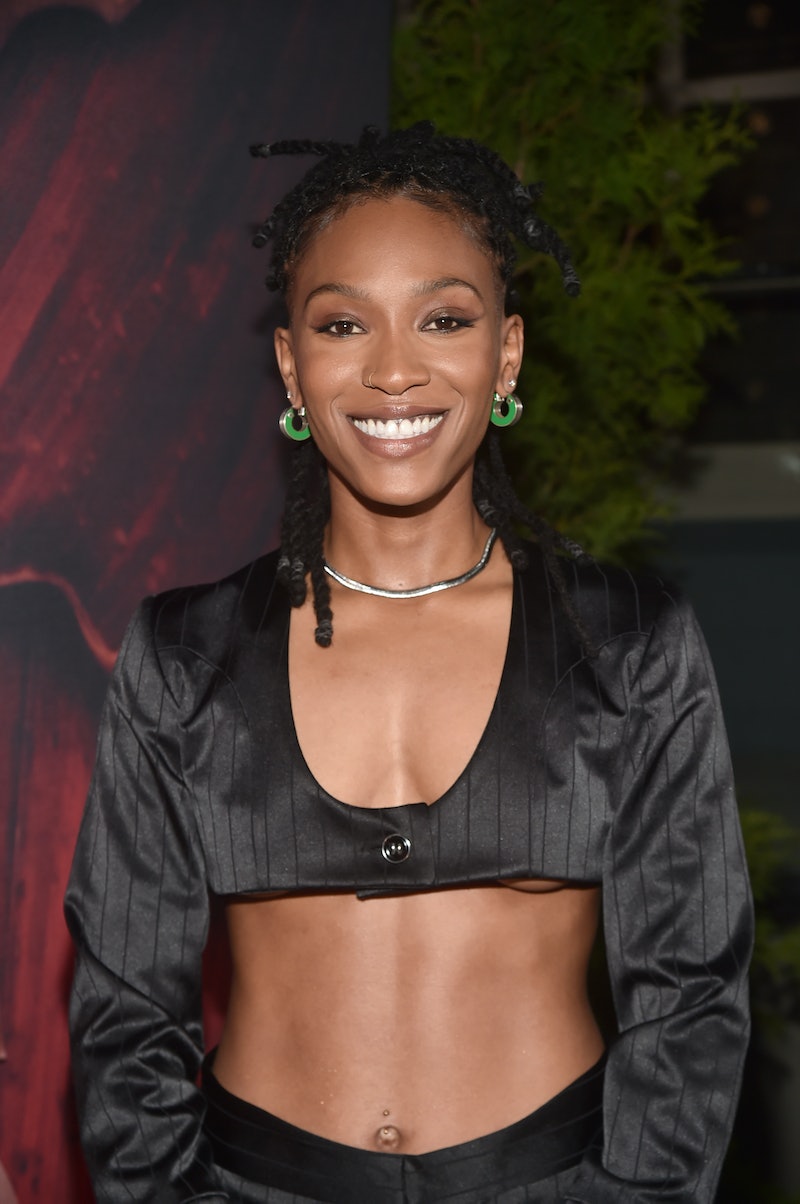 Directed by Mimi Cave, the Hulu original thriller Fresh follows the story of a young women who falls for a seemingly charming man. However, his true horrifying nature eventually comes to light. Normal People’s Daisy Edgar-Jones [Noa] and MCU regular Sebastian Stan [Steve] lead the cast of the dark comedy. But who is Jojo T. Gibbs, the actor who plays Noa’s best friend Mollie?

Jojo T. Gibbs is an American actor. Per W Magazine, she was born in South Carolina and raised by her grand parents in Hampstead, North Carolina. Gibbs later graduated with a degree in journalism from the University of North Carolina at Chapel Hill. In 2015, she moved to Los Angeles to pursue a career in acting. After starting her own web series and production company with her best friend, Gibbs was eventually invited by the Emmy-winning Lena Waithe to audition for the BET comedy series Twenties — and bagged the lead role of Hattie.

Gibbs is also known for her recurring role in Good Trouble, and the scripted podcasts The Left Right Game and Electric Easy.

The actor also took part in Rihanna’s Savage X Fenty Show Vol. 3 show in 2021, alongside the likes of Emily Ratajkowski and Troye Sivan.

As mentioned, Gibbs’ latest on-screen performance can be enjoyed in Hulu’s Fresh. The film, which is available to stream on Disney Plus, tells the story of a young woman named Noa (Edgar-Jones) who sets off on a weekend away with a man named Steve (Stan). The pair swap numbers during a chance supermarket encounter, and due to Noa’s frustrations with online dating, she decides to take a chance on Steve — ignoring the advice of her best friend Mollie (Gibbs). Eventually, it becomes clear that Noa should’ve taken notice of Mollie’s warnings, as the sinister side of Steve is slowly revealed.

Speaking to The Upcoming, Gibbs revealed that she “loved” the character of Mollie as the part gave her an opportunity to “stretch” her acting abilities, particularly when it came to action sequences — something her co-star Stan helped her with on set.

“Sebastian is a pro. He’s been trained by Marvel,” Gibbs explained. “He was the perfect person to learn how to do action with.” Recalling her time filming Fresh, the actor said “it was a lot of fun,” and was “way different” than anything she’d done before.

In addition to Edgar-Jones and Stan, Gibbs is joined in the cast of Fresh by Charlotte Le Bon, Dayo Okeniyi, Andrea Bang and Brett Dier.

Fresh is now available to stream on Disney Plus in the UK.

More like this
Kate Bush Reacts To “Mad” Revival Following 'Stranger Things' Cameo
By Sam Ramsden
Regé-Jean Page & Jonathan Bailey Just Had A Stylish 'Bridgerton' Reunion
By Sam Ramsden
At 28, Emma Thompson Was Already A Star — But Unhappy In Love, Actually
By Olivia-Anne Cleary
Paramount+ Wants To Take Over Your Netflix
By Sophie McEvoy
Get The Very Best Of Bustle/UK