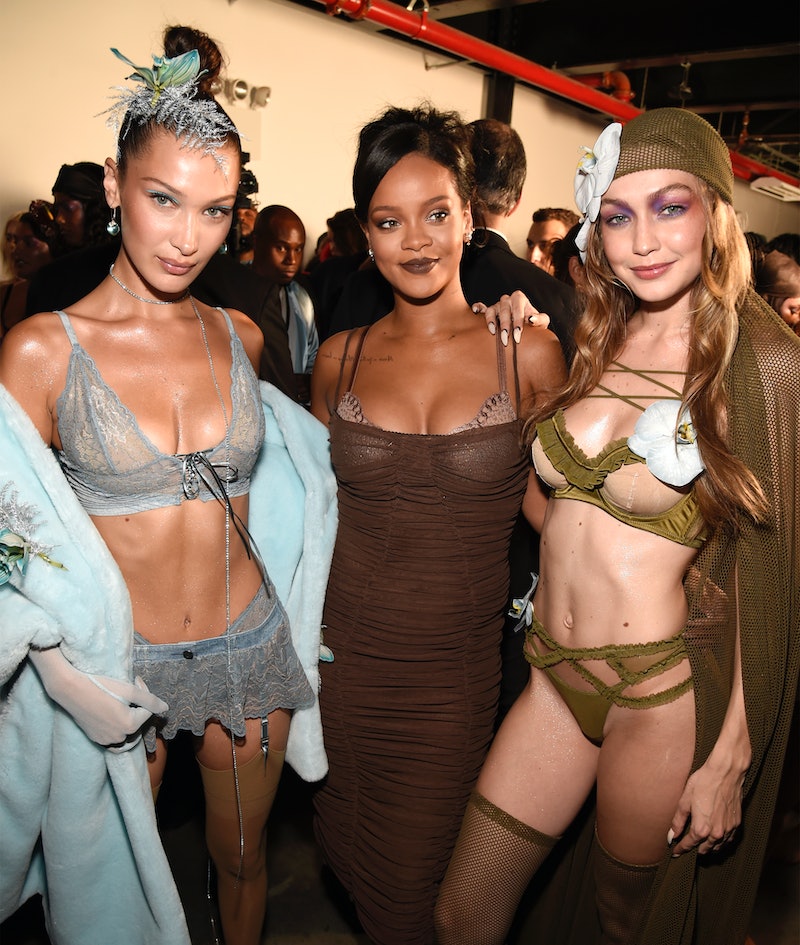 Rihanna used to drop albums annually, but nowadays, one of the only yearly events we can count on from the billionaire entrepreneur is her star-studded Savage X Fenty Show. Last year, she showcased the latest lingerie collection and modeled it alongside Lizzo, Paris Hilton, Demi Moore, Cara Delevingne, Normani, Willow Smith, and several other A-listers. The 2020 show, its first iteration to not feature a live audience, also featured performances from Travis Scott, Rosalía, Mustard, Ella Mai, Roddy Ricch, Bad Bunny, and Miguel. While the fashion show’s 2021 installment is technically the brand’s fourth production of its kind, it will be referred to as Vol. 3 since the first two weren’t streamed live for fans to watch. Considering Vol. 1 and Vol. 2 both received Emmy nominations for Outstanding Choreography, fans can likely expect an even bigger production from Rihanna this time around.

Here’s everything we know about the superstar’s Savage X Fenty Show Vol. 3, from which celebrities will appear and perform to how you can watch and stream at home.

Rihanna’s lingerie brand has continuously featured some of the most notable models, actors, musicians, and other celebrities throughout the entertainment industry. This year will be no different, as the lengthy roster of high-profile celebrities set to model in the Savage X Fenty Show Vol. 3 was revealed on Sept. 13 and features many faces we’re stoked to see alongside RiRi.

There are high hopes for a performance from Rihanna herself at the third annual Savage X Fenty Show, but we’re not holding our breath. While she always appears at the show in fierce looks, the hitmaker hasn’t performed any music at the event since 2019, when she delivered a rendition of “Woo” from Anti — it was already three years old at the time. We’ll take what we can get, but the possibility of Rihanna debuting a new song at the Savage X Fenty Show Vol. 3 seems highly unlikely.

However, viewers can always count on her to book some of the best musicians in the game to deliver performances at the fashion show. This year’s performers include Nas, Daddy Yankee, BIA, Jazmine Sullivan, Ricky Martin, Normani, and Jade Novah.

Ahead of the show’s premiere, Amazon Prime released the official trailer for Rihanna’s Savage X Fenty Show Vol. 3 on Sept. 13. It features a glimpse into the show, complete with rehearsal footage of Rihanna and several other stars set to appear, all performing intense choreography and sporting eye-catching outfits.

More like this
Yes, 'The Price Of Glee' Is Available To Watch In The UK
By Catharina Cheung
Everything To Know About The 'Daisy Jones & The Six' TV Series
By Maxine Harrison and Brad Witter
Beyoncé Wore A Golden Sheer Gown At Her VIP Dubai Concert
By Sam Ramsden
Bill & Frank’s 'The Last Of Us' Episode Has Twitter Emotionally Wrecked
By Alyssa Lapid
Get Even More From Bustle — Sign Up For The Newsletter
From hair trends to relationship advice, our daily newsletter has everything you need to sound like a person who’s on TikTok, even if you aren’t.