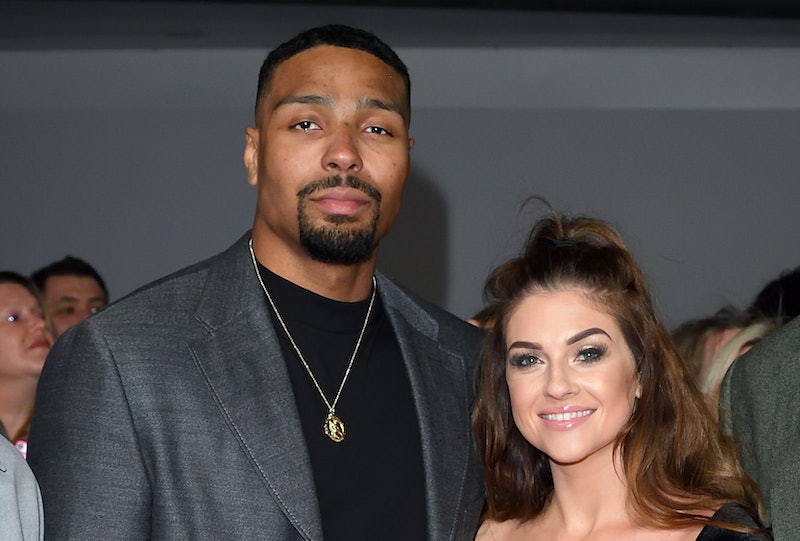 After dancing his way to victory on the 2009 series of Britain's Got Talent, Diversity's Jordan Banjo has gone onto enjoy an impressive career in television, with appearances on I'm a Celebrity Get Me Out of Here, Dancing on Ice, and The Greatest Dancer. But what about the dancer's life off-screen? And who is Jordan Banjo dating?

As the Daily Mail reports, Banjo is currently dating longterm girlfriend, and now fiancé Naomi Courts. The couple became engaged in January 2020 after the TV presenter popped the question whilst on a trip to the Maldives, during which a fire display spelled out the phrase "Will u marry me." Shortly after announcing the good news, Banjo shared of photo of his soon-to-be wife's diamond engagement ring, with a caption that read: "Well she didn't say no."

The pair first met at the famous Sugar Hut nightclub back in 2013, and began dating two years later. In early 2018, the couple announced they were expecting their first child, and have since welcomed two children together — son Cassius and daughter Mayowa Angel, the latter of whom was born just six months before the big proposal.

Prior to his relationship with Courts, Banjo had been dating Little Mix singer Jesy Nelson. However, the pair called it quits in March 2013.

As Metro reports, Banjo recently appeared in Channel 4's The Talk alongside older brother, and fellow Diversity star, Ashley. The brothers discussed their own experiences of racism in modern Britain throughout the documentary, which aimed to shed light on conversations held within the Black British community.

Elsewhere, the I'm a Celebrity star recently opened up about the cancellation of the BBC's The Greatest Dancer, which he hosted alongside Alesha Dixon. "Everyone who watched the show really liked it, just not enough people watched it to be blunt," he told Digital Spy, adding," If you can't have an audience, you are going to have a problem and I think as soon as the pandemic hit, it was a write off."

Along with Diversity's Perri Kiely, Banjo is now set to take over Kiss Radio's breakfast show, after presenting the station's weekend show for almost two years. Discussing his latest gig, the dancer teased what listeners can look forward to.

"We hang out together, talking, making jokes, listening to music, we do that on an every day basis so the fact that we can come to Kiss and do that, and make everyone feel at home and welcome is what a radio station should be. It's natural for us," Banjo revealed to Digital Spy.