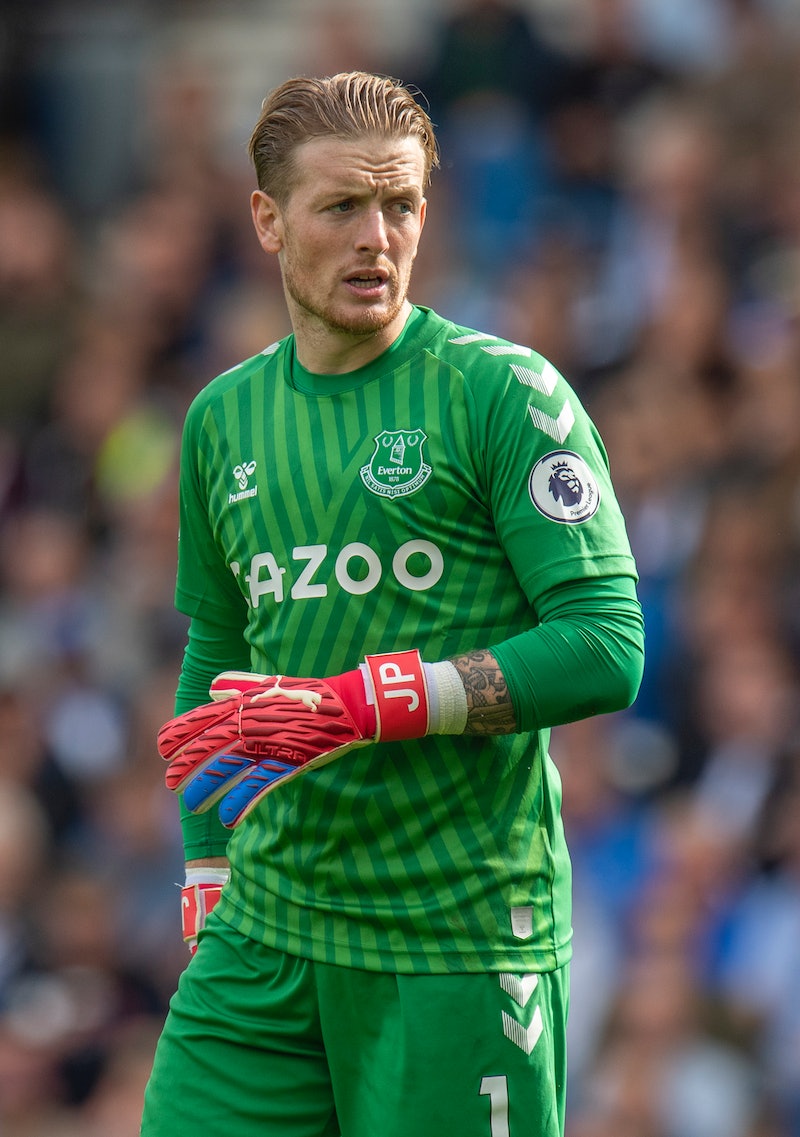 England may not have brought it home in 2021, but the hype is real for the World Cup qualifiers. One that many will be watching is Everton's incomparable goalie Jordan Pickford, who’s on track to save even more goals for the Three Lions. But who will be supporting him from the sidelines? Does the England goalkeeper have a significant other?

At just 14-years-old, Pickford started dating his future wife Megan Davison. The couple both attended St Robert of Newminster School in Washington, Sunderland, and began a connection that has lasted ever since.

Davison regularly takes to Instagram to share snaps of their relationship, dating back all the way to 2013 when they were 19-years-old. “My boy”, Davison wrote, accompanied by a pic of the young couple grinning on a night out. This memory is followed by dozens of other nights out, new year celebrations, as well as Davison’s support for her beau on the pitch.

Pickford got down on one knee and proposed to Davison in 2018 and shortly afterwards the couple revealed that they were expanding their family. “When two hearts become three,” Davison captioned a post of their gender reveal party. “Just can’t wait for the next chapter with my fiancé #BabyPickford".

Their baby boy Arlo George arrived in February 2019, and was soon ready to support his dad in the Euro 2020 qualifiers. Davison shared a selfie with the little one in an adorable No. 1 Pickford shirt for the occasion, and little Arlo seems well on his way to becoming a football fan; in May, he cheered his dad on from the stands at Everton Goodison Park. “Last time he was here he was just crawling”, Davison noted.

But the main focus for the family of three since the Euro’s has been spending as much time as they can together, which they certainly did on the beautiful island of Antigua over the summer. “The best holiday I’ve ever had with my baby boys”, Davison captioned a snap of the family of three.

As for Pickford and Davison’s wedding, they had a pretty low-key affair at a register office in Crewe, Cheshire in March 2020. Davison did wear white with a lush fluffy coat, whereas Pickford went a little more casual with ripped jeans and a baseball hat. According to the Sun, the couple is planning a “lavish ceremony” in the Maldives but sadly, the pandemic has those plans on pause for the moment. Let’s hope they can have a proper celebration soon – perhaps even combining the nuptials with a World Cup victory?