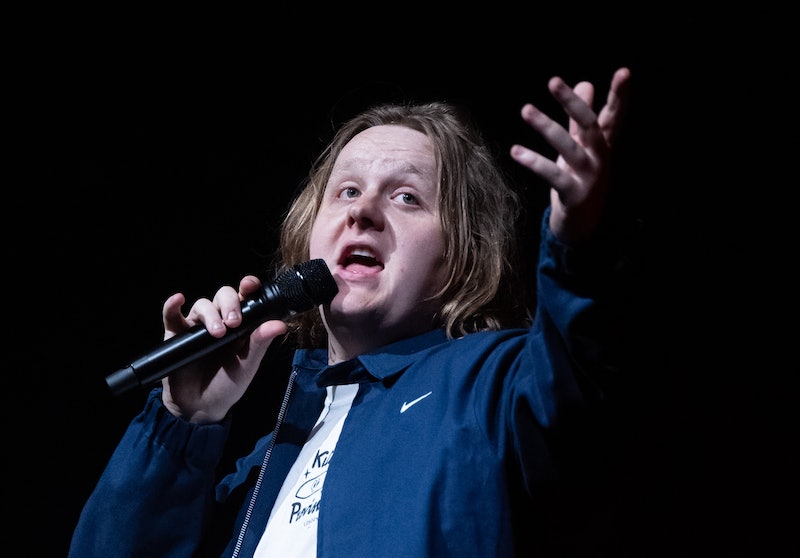 Smashing through Ed Sheeran’s record for the UK’s most streamed song of all time with his 2018 hit “Someone You Loved” in Nov. 2022, Lewis Capaldi is going from strength to strength. The Scottish singer is known (and loved) for his brilliant sense of humour and, more recently, his openness when discussing how Tourette's Syndrome affects him personally. But what about his personal life? Since famously dating Love Island star Paige Turley, who else has Capaldi been romantically linked to and who is he seeing now?

Well, until recently, Capaldi was a self-confessed singleton, often poking fun at his relationship status on Twitter. Hilariously, he also revealed that he’s turned to Hinge after being thrown off both Tinder and Bumble because people thought he was impersonating himself. Quizzed on what kind of woman he was looking for, Capaldi quipped: “'I would say good sense of humour, low standards, not too worried about the size of certain things, a small lady with small hands.”

It’s not currently clear whether Capaldi is dating anyone exclusively right now, but the top-selling singer was spotted strolling along arm-in-arm with actor and model Ellie MacDowall in the early hours on Nov. 11 after an evening out at swanky London restaurant Chiltern Firehouse. According to The Sun’s reports, the pair left the venue separately at around 4:30 a.m. but linked up later on to head to a nearby hotel. Bustle has approached Capaldi’s representatives for comment but have yet to hear back.

In May 2020 the singer and comedy hero was rumoured to be dating a student called Catherine Halliday. Around the same time that he told Capital Radio that he was officially off the market, saying: "I've never told anybody that I'm in a relationship, so there you go ... She's got red hair, she's got quite a posh voice,” he said, before adding, “and that's that, that's all you’re getting." Halliday happens to be a student with red hair, and Capaldi followed her on Instagram. However, the pair now appear to have parted ways, with Capaldi telling Diary Of A CEO’s Steven Bartlett about single life this year, and alluding to a recent ex-girlfriend he met on a dating app.

When asked about what attracted him to the apps in the first place, Capaldi had a succinct answer at the ready: “I like hanging out with new people and . . . sh*gging and that, I guess,” the artist told Bartlett. On a more serious note, he added: “I don't want to use my fame, or for that to have any influence over someone I'm dating. What, am I only supposed to date people who are famous? That's a really weird thing. I'll admit being on Tinder is a bit weird but I met my last girlfriend on Tinder and she's f**king great."

As well as his rather hilarious commentary about single life on Twitter, Capaldi has also joked around with radio hosts in the past. In fact, Capital FM's Roman Kemp took it upon himself to set up three 'blind dates' with fans on the show once. You can watch the dates taking place during this video on Capital FM, where Capaldi took a shining to a fan named Laurel, who he said he would wine and dine at his local Nandos. Sounds pretty decent if you ask me.

As well as Tinder, Capaldi was also apparently on dating app Raya, according to sources at The Sun. Raya is a referral-only app, meaning somebody on there must have suggested and invited him.