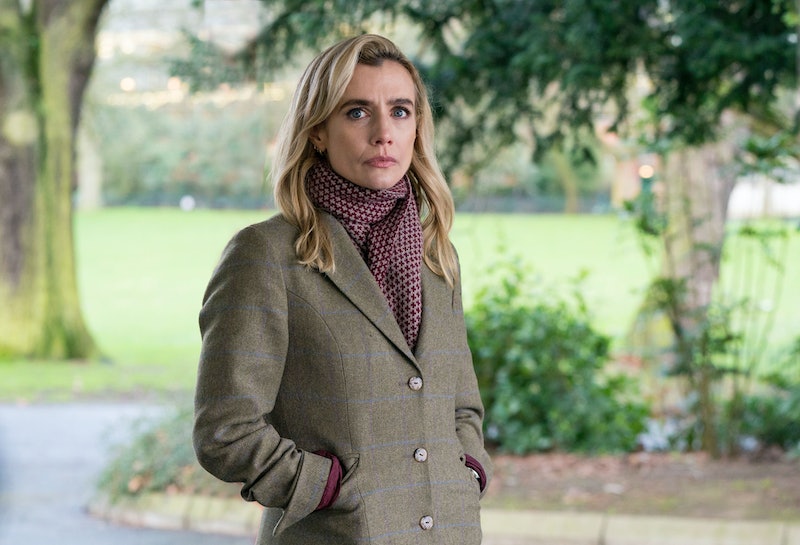 Starring James Nesbitt and Lisa Dwan, BBC One’s latest crime drama Bloodlands follows DCI Tom Brannick (played by Nesbitt) as he investigates a cold case in Northern Ireland. Brannick has personal connections to the case, and its clues lead to one of the country’s deadliest assassins. Nesbitt’s co-star plays Tori Matthews, a doctor who moves back to Belfast to take care of her mother. But who is Lisa Dwan, the actor who plays Tori?

Born in County Westmeath, Ireland, Dwan began her career in the performing arts as a ballet dancer, and was chosen to dance alongside the world-renowned Rudolf Nureyev when she was just 12-years-old. “It was two years before he died and I’d sit with him at the side of the stage before going on every night,” Dwan told arts magazine Ink Pellet. “I was so shy I could barely speak to him, I’d love to have that time back.” Before moving on to acting in her late teens, Dwan earned a scholarship to the Dorothy Stevens School of Ballet in Leeds when she was 14.

Dwan’s first acting role came in 1997, acting opposite Elijah Wood and Richard Dreyfuss in Disney’s live-action Oliver Twist. The actor would then go on to have roles in the fantasy-adventure series Mystic Knights of Tir Na Nog, Irish soap opera Fair City, and Netflix’s Top Boy.

What Dwan is most known for, however, is her work on the stage. The actor has an affinity for the work of playwright Samuel Beckett, and was coached by his muse Billie Whitelaw. Dwan has described Beckett as having a “profound impact on her life”, as she told Joe.ie, and has produced three one-woman adaptations of Beckett’s Not I, Footfalls, and Rockaby, as well as co-directing her performance of Text for Nothing. She received critical acclaim for her work in 2016’s No’s Knife, which was described as being “performed the way Beckett would have wanted” according to the Lewis Center at Princeton.

Alongside performing on screen and stage, Dwan is also a visiting lecturer and professor. The actor has completed residencies at Princeton, MIT, and Columbia University with a focus on “theatre, culture, gender, and Beckett.”

Bloodlands premieres on Sunday (Feb. 21) at 9 p.m. on BBC One and BBC iPlayer.