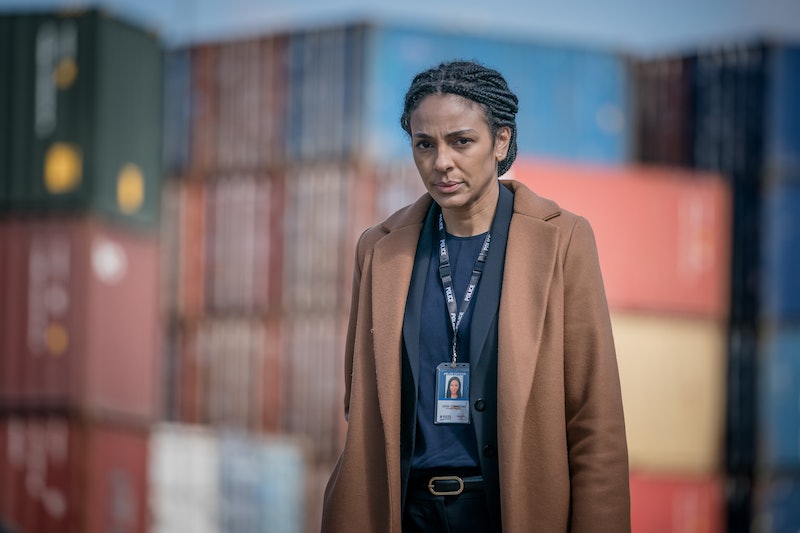 ITV’s popular crime drama, The Bay, returns this month (Jan. 12) with a brand new series, a chilling new murder investigation, and a new recruit: Family Liaison Officer, DS Jenn Townsend. Last year, Morven Christie said goodbye to her role as detective Lisa Armstrong, and according to ITV’s synopsis, season three will see her replacement “immediately thrown into the deep end” at the Morecambe police unit. Yet, who is Marsha Thomason, the actor taking on The Bay’s starring role as DS Townsend?

British actress Thomason is a talent you may very well recognise, having starred in many well-known TV shows and films in both the UK and US, including the phenomenally successful series Lost. Thomason is also no stranger to a gritty crime series, and her lengthy CV, per IMDB, boasts roles in NCIS: Los Angeles, Sky Original series Cobra, Safe House, Magnum PI and, most notably, she had a long recurring role in White Collar starring Matt Bomer.

Originally from Manchester, the 45-year-old now lives in the US. She explained to the Express, “I just made a couple of big American films and got cast in a pilot and I really liked LA and stayed."

Thomason’s new role in The Bay will be the first time in the actor’s 30-year career that she’ll star in a British TV series.

“It's the first time I've been number one on the call sheet," she told the Express ahead of The Bay’s release. "I'm absolutely thrilled. And even though I live in the States, I had seen the first series of The Bay and loved it,” she said, adding “I was so excited to be cast, but I do feel a certain amount of pressure because Morven's are big shoes to fill."

Morven Christie announced back in Feb. 2021 that she would be leaving The Bay after two seasons, writing in a post on Instagram, “Bye Lisa. You were a gift.” In Christie’s place, Thomason temporarily moved backed to Manchester to film the Lancashire-based series.

According to ITV’s synopsis, The Bay season 3 will see DS Jenn Townsend struggle to balance her family’s house move alongside the pressures of her new role.

It goes on to detail: “DS Townsend is immediately thrown into the deep end when a body is found in the bay on her first day in the job. She must get under the skin of a grieving and complicated family if she has any chance of solving the premature demise of an aspiring young boxer. While she’s eager to give the family answers, she also needs to prove herself as the team’s newest recruit.”

More like this
Adam Ali Hopes 'Waterloo Road' Will “Subvert” Queer Misconceptions
By Sam Ramsden
You’ll Definitely Recognise 'Doctor Who's New Cast Member Aneurin Barnard
By El Hunt
Yes, 'The Price Of Glee' Is Available To Watch In The UK
By Catharina Cheung
This First Look At 'The Gold' Shows Jack Lowden In A Whole New Light
By El Hunt and Sam Ramsden
Get The Very Best Of Bustle/UK