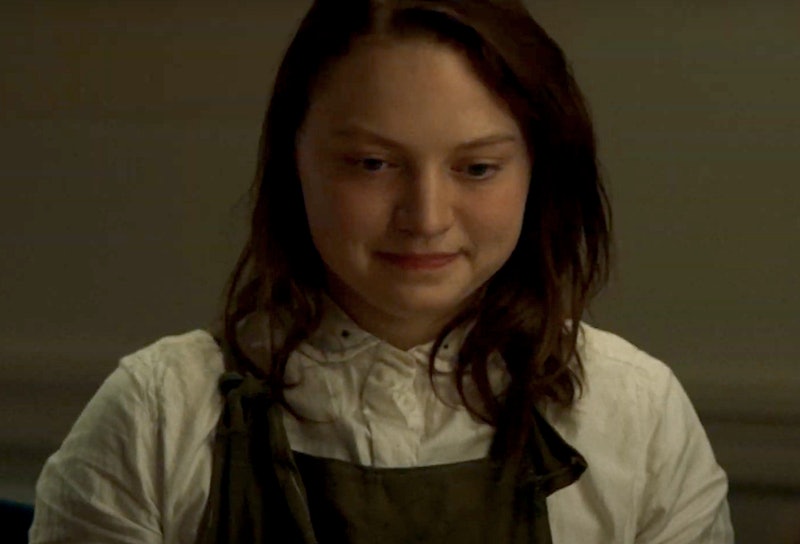 When your mum is one of the biggest names in show business, it’s hard not to live in their shadow. However, it would seem that Mia Threapleton, the daughter of Kate Winslet and director Jim Threapleton is very much carving out her own acting career without any help from her famous parents. In fact, as Kate revealed in a recent interview, her daughter is very much keeping her family ties under wraps while she forges her own path. But what else is there to know about Mia and what acting projects has she done so far?

During a chat with ITV’s Lorraine on April 19, Kate Winslet spoke about lockdown, her upcoming projects, and how she managed to master the American accent for her role in Mare of Easttown. However, talk also turned to family, and Kate revealed something that many movie fans may not know: her daughter, Mia Threapleton, is a rising star in the industry.

Winslet spoke about Mia, whole is currently on location in the Czech Republic, and the new TV series she is working on. “What's great for her is she has a different surname so she slipped under the radar,” Kate told Lorraine. “And the people who cast her didn't know she was my daughter and that was important for her self-esteem, of course.”

Mia is signed with United Agents, and so far she has two acting creds to her name. Mia appeared in Alan Rickman’s A Little Chaos at the tender age of 13, acting alongside her mum as well as Rickman himself and Helen McCrory. Her second movie, Shadows, was released in 2020.

You might think having Kate Winslet for a mother would mean growing up in the glitz and glamour of Hollywood. However, Mia told Variety last year, “I never actually spent much time around sets that my mum was working on. It was always a special treat.”

Variety writes that, between her first and second role, Mia finished school and her exams before she was free to start auditioning on a more regular basis. Landing the role as Alma in Shadows was her biggest project yet. The movies follows the story of two sisters (played by Mia and Lola Petticrew) who have survived a disaster. They live with their overprotective mother in the woods, who is trying to hide them from the ominous Shadows.

Speaking about the role to Variety, Mia said, “I tried to connect her deeper emotions to times where I may have felt the way she did. Frustration, a desire for independence, a need to be loved and taken care of. Fear. All normal things that teenagers tend to go through, I guess.”

I for one can’t wait to see what Mia does next.