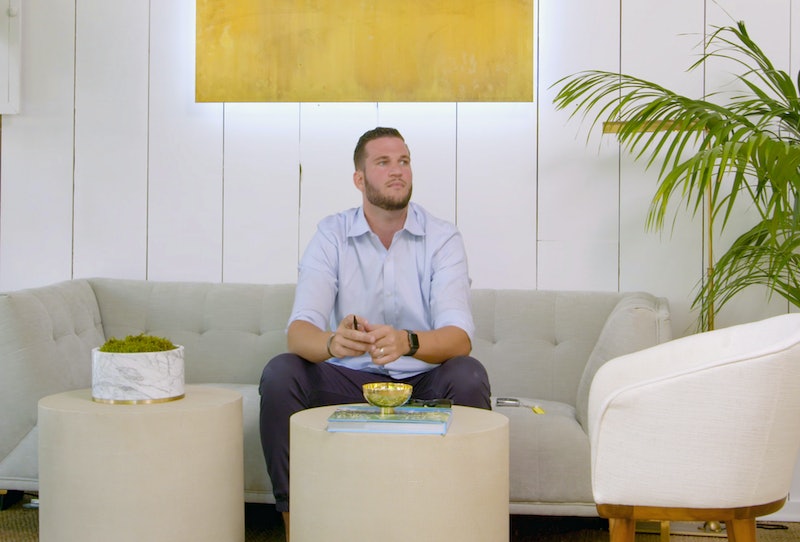 Netflix's new real-estate reality show is part Selling Sunset with a dash America's Next Top Model, at least thanks to Million Dollar Beach House cast member Michael Fulfree. Before joining the brokerage firm Nest Seekers to sell millionaires and billionaires homes in the Hamptons, Michael was a successful model. His Nest Seekers bio page says that he was named Model of the Year in 2008 and has worked for the likes of Calvin Klein, Dolce & Gabbana, Armani, and Alexander McQueen. Now, he sells houses to people who wear those brands.

But while the show would have you believe that Michael skipped straight off the runway and into a realtor's office, he did have a job in between. According to his LinkedIn, he worked as a salesman at a car dealership from 2013 until 2017. It's a pretty big leap to go from selling pre-owned cars to selling mansions owned by millionaires, but Michael made it happen. His Nest Seekers bio says that he became enamored with the New York vacation spot when visiting with his family. He loves the beaches, outdoor lifestyle, and especially the deep sea fishing in Montauk. He recently hit the Hamptons waters with his fellow Million Dollar Beach House star J.B. Andreassi, whom someone should really tell is wearing his mask wrong.

Although Michael's Instagram bio lists his reality show and real estate job first, he also lists himself as a father, husband, and family man. It's a side of himself that's only briefly touched on in the series, as he says his wife Samantha is due to give birth during the busiest season for Hamptons realtors. Michael and Samantha are now proud parents to their 1-year-old son Luca.

Michael's Instagram is only a couple of years old, so he does't have any photos of his old modeling life (or his car salesman life), but he does have lots of pictures of fancy Hamptons listings and his wife, son, and friends. And though we're sure that Samantha and Luca take priority in Michael's life, selling houses seems to be a close, close third.