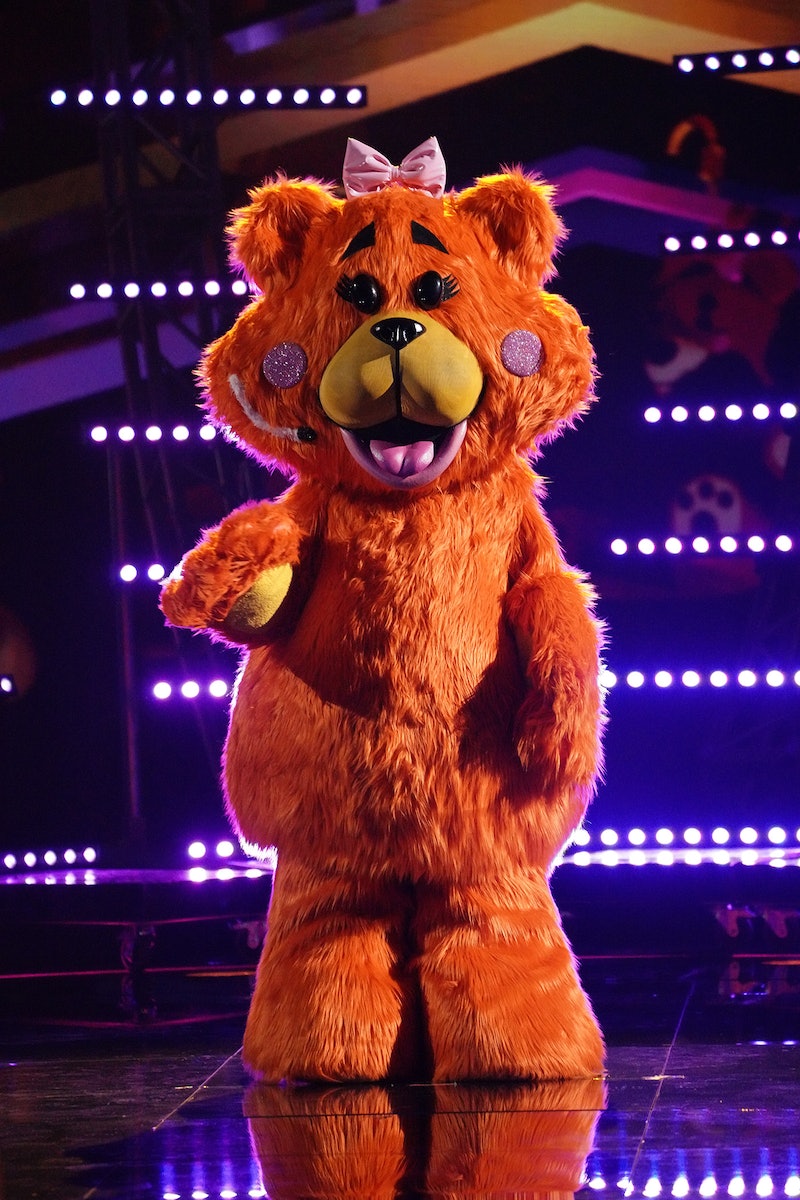 The Masked Singer is now well into Round 2 of its The Good, The Bad, and the Cuddly competition. The Lemur has been unmasked as model Christie Brinkley, leaving the identities of Ringmaster, Hydra, Armadillo, and Miss Teddy up in the air — and the latter may just be a legendary diva. For her debut performance, Miss Teddy sang Taylor Dayne’s “Tell It To My Heart,” and based on the seasoned, powerful voice, the judges guessed well-known performers like R&B singer Jill Scott, soul singer CeCe Peniston, and Loretta Devine from the original 1981 Broadway run of Dreamgirls.

The clues definitely seem to hint at someone who’s been in the business for a long time. Miss Teddy said that she’s “living on cloud nine” and “constantly reinventing herself,” so she needs to get a lot of sleep in her special bed; she also alluded to hibernating from December to May. Visual clues included a stuffed Santa toy, a backstage talent seat with a laughing emoji on it, and a caterpillar turning into a butterfly.

These clues led the judges to theorize that Miss Teddy has a holiday album, and that she’s likely connected to the theater or film industries. Their guesses definitely reflect these facts. Jill Scott, for example, has been in comedy films like Tyler Perry’s Why Did I Get Married? and toured Canada in a production of Rent. Peniston has a Christmas song, and Devine is very well-known for her film and theater work. She originated the role of Lorrell Robinson in Dreamgirls, and has appeared on shows like Grey’s Anatomy and Black-ish.

But fans have a different theory: Miss Teddy is Jennifer Holliday, who acted alongside Devine in Dreamgirls as the powerhouse singer Effie White. Holliday became famous for being the first to perform Effie’s now iconic song, "And I Am Telling You I'm Not Going.” Today, the song is considered the show’s signature tune, coming at a pivotal moment in the play when Effie defiantly declares her love for her manager. The song was released as a single and landed in the Top 20 of the Billboard R&B charts in 1982. Holliday later won a Grammy Award for Best Female R&B Vocal Performance in 1983, which catapulted Holliday to stardom.

“I’ve been listening to that voice my whole life. Of course it’s Lady Holliday,” wrote one Youtube fan. “‘And I Am Telling You’ is such a well known song that most people will definitely hear that signature growl of hers,” another viewer added.

The clues do line up pretty well. If this really is Holliday, the Santa Claus reference likely has nothing to do with a Christmas album and is just a cheeky reference to her own name. Miss Teddy’s clue package happened in the clouds with a bed, so the dream-like setting could be a reference to Dreamgirls. The musical also began running in December 1981, which could be a reference to the hibernation period. And of course, it’s hard to deny a voice that is now synonymous with a well-known and beloved Broadway musical.

More like this
All The Clues Clint & Gina Aren’t Still Together After 'MAFS' Season 16
By Brad Witter
We Finally Have Some Answers To How Heather Gay Got A Black Eye On 'RHOSLC'
By Samantha Rollins
Andy Cohen Apologized To Larsa Pippen After A 'RHOM' Season 5 Reunion Dust-Up
By Brad Witter
This 'Bachelor' Contestant Got Back With Her Bachelor Nation Boyfriend After Going Home
By Grace Wehniainen
Get Even More From Bustle — Sign Up For The Newsletter
From hair trends to relationship advice, our daily newsletter has everything you need to sound like a person who’s on TikTok, even if you aren’t.