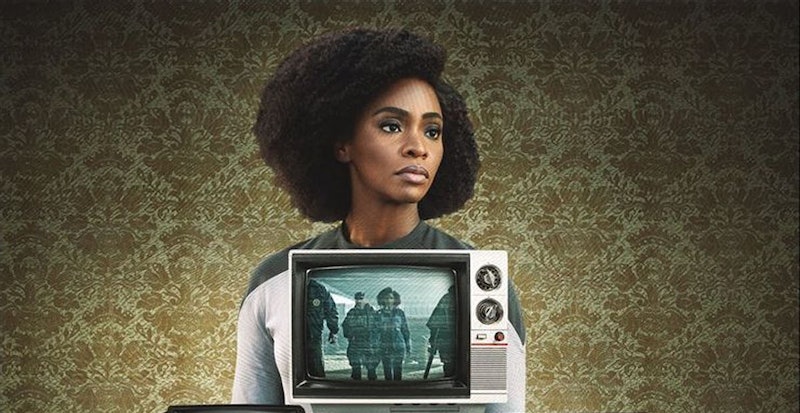 In addition to the titular characters Wanda Maximoff and Vision, the new Disney+ series WandaVision will also introduce a number of new characters to the MCU. The most intriguing of which has to be the adult version of Monica Rambeau, played by Teyonah Parris. Fans first met the character as a child in Captain Marvel, but Monica Rambeau in the comics is much more than some minor side character. For a time in the 1980s, she was one of the most prominent members of the Avengers.

Like most Marvel Comics characters, Monica's history is long and varied. The character first made her debut in the pages of Amazing Spider-Man Annual #16 in 1982. In the issue, her origin story is revealed: she was a New Orleans Harbor Patrol lieutenant who became exposed to extra-dimensional energy via an experimental weapon. This being a comic book, the accident resulted in Monica being imbued with superpowers. She gained the ability to absorb, control, and transform into any form of energy on the electromagnetic spectrum. This allows her to fly at the speed of light, render herself invisible, and project concussive blasts of light, among other neat powers. Basically, her abilities are pretty similar to what we've seen from the MCU version of Captain Marvel, which kinda makes sense since, in the comics, Monica was actually the first female Captain Marvel, not Carol Danvers.

As Captain Marvel, Monica joined the Avengers, where she quickly became one of the most important team members throughout the decade. According to Marvel.com, she eventually rose to the rank of team leader, overseeing the Avengers for about a year in the late '80s. That is, until, a mission left her depowered for a time. She eventually regained her powers and returned to the team, but the character would never regain the prominence of her '80s heyday. Over the next two decades, Monica languished in relative obscurity in the pages of Marvel Comics. During this time she showed up to help various superheroes from time to time while undergoing a number of identity changes. She became Photon in 1996, in 2005 she switched to Pulsar, and in 2013 she began to go by the name Spectrum. Her time as Spectrum as part of the Marvel Now! event was arguably the most significant since her '80s prime, with Monica again joining a team of Avengers in the Mighty Avengers.

Naturally, much about the character appears to have been changed for WandaVision. But here's hoping that, in time, comics fans will be treated to seeing Monica in her rightful position as leader of the Avengers on screen in the MCU.