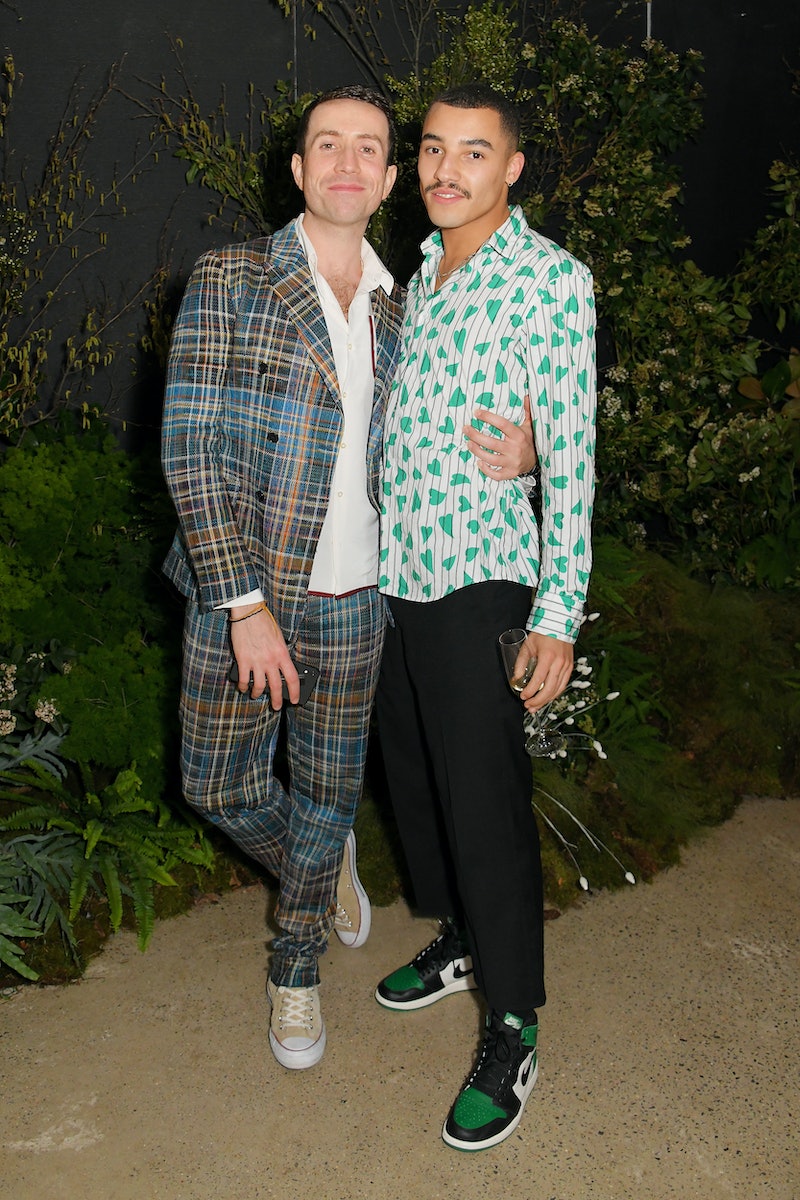 The line-up for The Great Celebrity Bake Off 2021 is looking pretty delicious, with a healthy mix of telly folk heading for the Bake Off tent went it returns to Channel 4 this month. Nick Grimshaw is among this year’s famous faces, and many are excited to see the TV and radio personality get stuck in. Of course, the presenter is no stranger to the spotlight, but behind the scenes, who is Nick Grimshaw dating?

While most know Grimshaw (aka Grimmy) has a whole host of celebrity pals, he is also in a relationship. The 36 year old has been dating Meshach Henry since 2018 and the pair have spent lockdown in their glorious home in North London this past year.

Henry, 23, is a professional dancer with the prestigious Rambert dance company and performed in a vast number of contemporary theatre productions pre-pandemic.

Grimshaw often shares pictures of the couple’s adventures to his 1.5 million followers on Instagram (they are very Instagram official) and also shares a separate account for their extremely stylish home improvements. It’s all very relationship goals.

On Valentine’s Day this year, Grimshaw shared a post of Meshach Henry dancing to the classic Just The Way You Are with their dog Pig wagging his tail.

In the post, Grimshaw wrote: “Happy Valentine’s Day and remember if your tail ain’t wagging this wild, he’s not worth it.”

On Henry’s birthday last year, Grimshaw shared an epic photo reel of the pair and all their past adventures. And, from the looks of the pictures, they are very much smitten.

The radio presenter had previously spoken of how he has struggled to find love before meeting Henry due to early mornings on the Radio 1 Breakfast Show.

After he stepped down from the popular show after five years, he was finally able to go on dates.

“I have committed to this show, especially the last year, and I have put my head down,” he said, via The Sun.“I think I will have more time to put my life first. But now I can go for dates with people and the new show will help. I have been trying to date people, but you don’t want to day date.”

Funnily enough, Grimshaw was right on the money with this prediction. In fact, he met Henry only a few weeks after he moved to Radio 1 Drivetime.