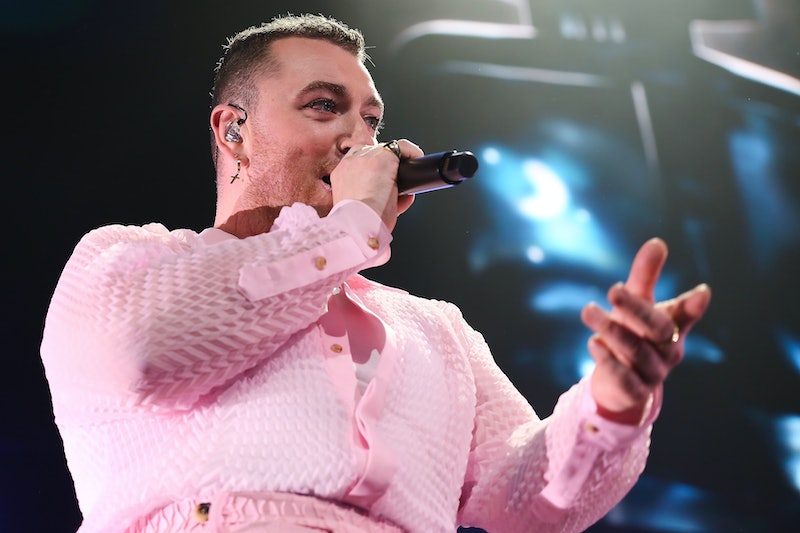 Whatever your feelings on PDA, it's great to see Sam Smith all loved-up. The singer was spotted in a very sweet embrace with his new beau recently as the two headed to a pub in North London. But who is Sam Smith's new boyfriend, Francois Rossi, and what do we know about how the pair got together?

According to the tabloids, Rossi is a furniture designer. Per The Sun, the French-born talent has a Masters in product design from the Royal College of Art and is considered a bit of a "design guru."

So, how did the pair meet? While Sam Smith hasn't publicly spoken about the new relationship as of yet, the Grammy-winner did share that they had been dabbling with dating apps throughout quarantine.

Speaking on SiriusXM in April, Smith said: "For the first two weeks I was like 'Oh my god, I'm single.' I went on this dating thing and it was the worst. And then you get attached to guys, and then you're forming quarantine relationships over the phone, it's a dangerous path."

Whether Rossi and Smith met through virtual dating remains to be seen but, from the looks of their trip to the pub, the pair are very much infatuated with one another.

In the past, Smith has been pretty open about the fact they are a "hopeless romantic." However, when the Stay With Me singer split with13 Reasons Why's Brandon Flynn in 2019, they explained: "I've just gone through a break-up so I'm not in the mood for romance. When I see couples I just want to poke their eyes. It's hard to be happy for other people when you feel so s***."

Although heartbroken, Smith has maintained a good relationship with Flynn. On a recent episode of Will Young's podcast Homo Sapiens, the singer said: "I'm still trying to figure out what I took from that relationship and what it meant to me. It's still quite raw. All my relationships have ended in a nice way, never nasty."

We're hoping this new relationship will continue to blossom for Smith.