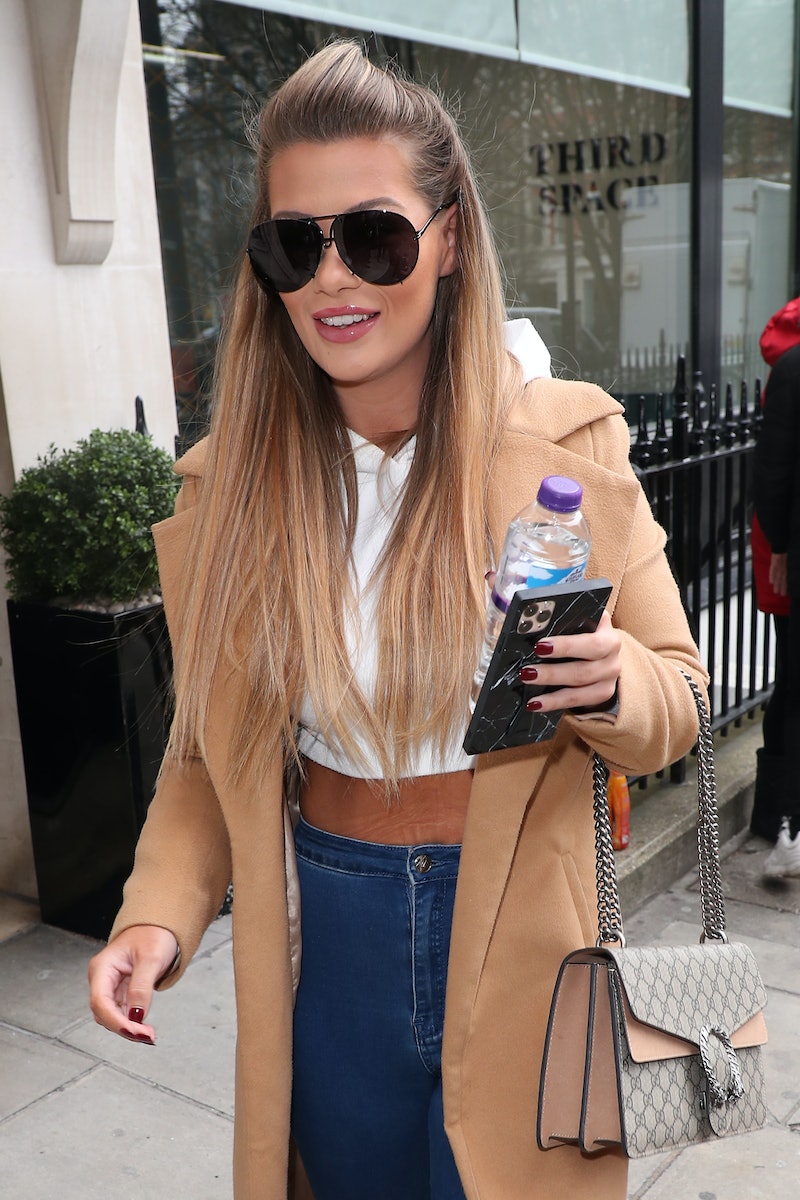 Shaughna Phillips has become a regular on reality telly during 2020, first appearing on winter Love Island in January, then on Celebs Go Dating in July, and now The Real Full Monty On Ice. On top of her telly appearances, she also opened up a dating hotline with her friends Pete Wickes – but is Shaughna Phillips dating anyone right now?

One of the original islanders to enter the villa this year, Phillips first coupled up with Callum Jones, but that relationship ended when Jones returned form Casa Amor with Molly Smith. Despite this hiccup, Phillips stuck it out for a few weeks but was eventually dumped from the island when Luke Mabbott chose to couple up with Demi Jones instead of her.

Three weeks after Phillips left the villa, lockdown started, which put a stop to her dating plans, she told Metro in July. "I hadn’t really had a chance to kind of spread my wings in the real world," she said.

So, when the Celebs Go Virtual Dating team gave her a call, she “bit their hand off” at the opportunity, she told the newspaper. “I assumed it couldn’t have got any worse after Love Island, so that was always a good place to start.”

However, after going on a series of unsuccessful dates, Phillips made the decision to leave Celebs Go Virtual Dating as a single woman. In episode five, she told the dating agents and the rest of her cohort "I'm happy to not settle." She added later: "I know the right guy is out there for me and I'm not willing to settle for anything less."

Since then, there has been some talk about a possible date with fellow Love Island alum Jack Fincham, but nothing official has been confirmed and it appears Phillips is taking time for herself and to work on causes she cares about, including with her appearance on The Real Full Monty On Ice.

The Real Full Monty is an ITV series that aims to raise awareness about cancer by asking celebrities to bear all. "Cancer has affected me personally, so this was the perfect show for me to raise awareness,” Phillips told ITV in a press statement. “I lost my Dad in December 2016. He had cancer for 18 months and it completely changed my life and my perspective of what I thought was important.

“So, if anyone watching is going through what I’ve been through losing him and can then feel like they’re not alone,” she continued, “I’d be so happy to do that.”

More like this
Molly-Mae Hague & Tommy Fury Celebrate Pregnancy Reveal In The Sweetest Way
By Sophie McEvoy and Sam Ramsden
What Exactly Is The Bish & Chips Show?
By Frances Stewart
How To Get Tickets To 'Strictly Come Dancing's Live Tour
By Sophie McEvoy
Wait, Is Maya Jama Confirmed To Host 'Love Island'?
By Sophie McEvoy
Get The Very Best Of Bustle/UK