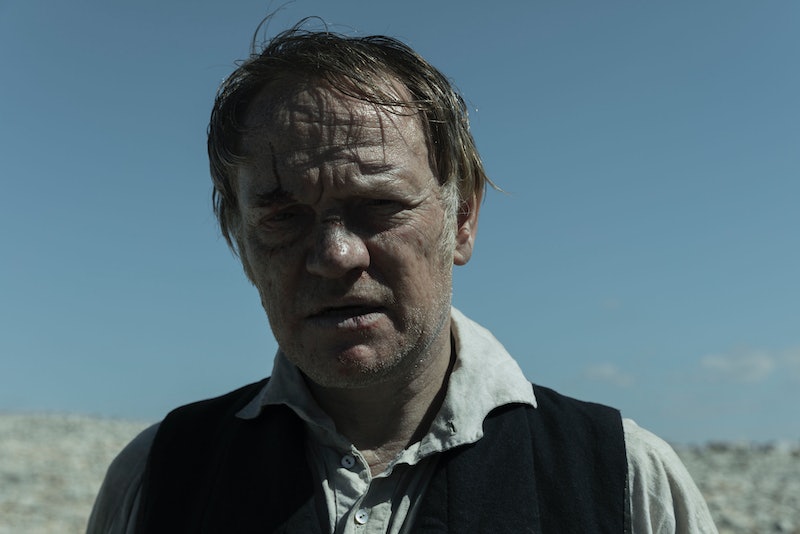 Originally airing in 2018, anthology series The Terror is set to make its return on BBC Two this month. For those who missed it the first time around, the debut season follows two ships on an expedition to find a safer trading route to Asia. Based on the 2007 novel by Dan Simmons, the tale is also rooted in the real-life disappearance of the ship’s crew, which remains a mystery to this day. The series stars some serious British talent, including Tobias Menzies and Jared Harris. So, who is Jared Harris, and why does he seem so familiar?

A classically trained stage actor, Harris attended Duke University and studied at the Central School of Speech and Drama. He went on to become a member of London’s Royal Shakespeare Company, before making his film debut in The Rachel Papers in 1989 which, was also the directorial debut of his brother Damian.

Harris didn’t have to look far for inspiration in acting, as his father was the late Richard Harris, who you’ll recognise as the OG Dumbledore in the first two Harry Potter films. Fans even petitioned to have Jared play a younger version of the legendary wizard in the Fantastic Beasts and Where To Find Them prequels, the Evening Standard reported at the time, but the role went to Jude Law instead.

Harris has starred in several films throughout his career: Lincoln, Sherlock Holmes: A Game of Shadows, and The Curious Case of Benjamin Button to name a few. But, his major breakthrough came in AMC’s Mad Men, where he played financial officer Lane Pryce. From there, Harris took on more big-name television roles, providing unforgettable performances as King George VI in The Crown’s first two seasons, as well as Valery Legasov in the HBO series Chernobyl – the latter earning him a BAFTA for Best Actor.

His latest role in The Terror is far from what viewers are used to seeing Harris portraying. In the frighteningly true drama, he plays the Captain of HMS Terror – a ship that meets its fate in the Arctic Ocean under mysterious circumstances. Harris knew nothing about the role or story when he initially took it on, which he said made it all the more appealing.

“When you get a script nowadays it’s a remake or a reboot or a sequel or a prequel,” the actor told Culture Trip. “I loved the intelligence and restraint of the writing [in The Terror]. There are stories and threads that develop over the entire series and it highlights the confidence [the writers] have in the audience too.”

The Terror airs on BBC Two at 9 p.m. on March 3, and will be available to stream from BBC iPlayer.