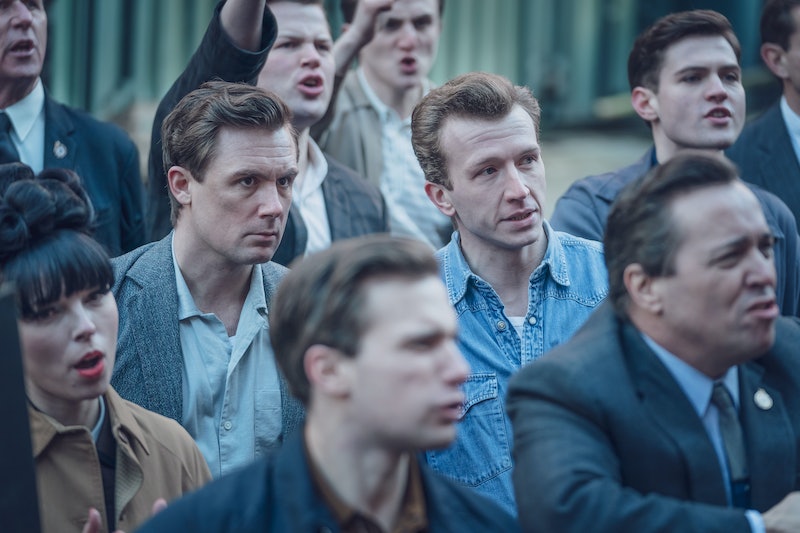 BBC One’s Ridley Road, Sarah Solemani’s four-part adaption of Jo Bloom’s novel, kicked off last night (Oct. 3), starring Game Of Thrones actor Tom Varey. Set in the swinging sixties, the series sees Varey play Jack Morris, a young Jewish man who has dedicated his life to combatting fascism with the 62 Group. In Ridley Road, Varey’s character is in love with Vivien Epstein (played by Agnes O’Casey), who goes to great lengths to find him after he goes missing. As much as the series is a high-stakes thriller, Ridley Road is very much a love story, perhaps prompting fans to wonder who is Tom Varey dating in real life.

The 29-year-old actor, who also boasts roles in No Offence, Ackley Bridge, and more, was famously linked to Normal People’s Daisy Edgar Jones. However, according to reports from February this year, the pair have now gone their separate ways after two years together.

The young actors are said to have met on the set of the film Pond Life in 2018 and were living together in London throughout lockdown. However, a source revealed to The Sun, that they decided to call it quits due to their hectic schedules.

“They got on really well during lockdown last year, but they’re both young and passionate about following their careers,” said the insider to The Sun, adding that “Daisy has been inundated with opportunities and feels she has to put them first, Tom’s also really dedicated to his acting and wants the best for both of them.”

Signs says there are no hard feeling between the exes. In an interview released on September 30, Varey spoke about his high-profile relationship with the Normal People actor to iNews, stating that he was “incredibly proud” of her success. “The only part I found tricky was that it was in lockdown and that was our only time out of the house. And a lot of the time I was looking rough,” he added.

From the looks of it (and as far we as can tell from social media), Varey is strictly all about his work these days, keeping much of his private life under wraps, except for a few artsy film photos of his friends.

On his challenging new role in Ridley Road, which sees his character fight neo-Nazis, Varey says he instantly fell in love with the script. “When I got the role, I was over the moon, I wanted to do the best I could to tell this story,” he told iNews.

Ridley Road continues on BBC One Monday evenings at 9 p.m. You can also watch it in full on iPlayer.