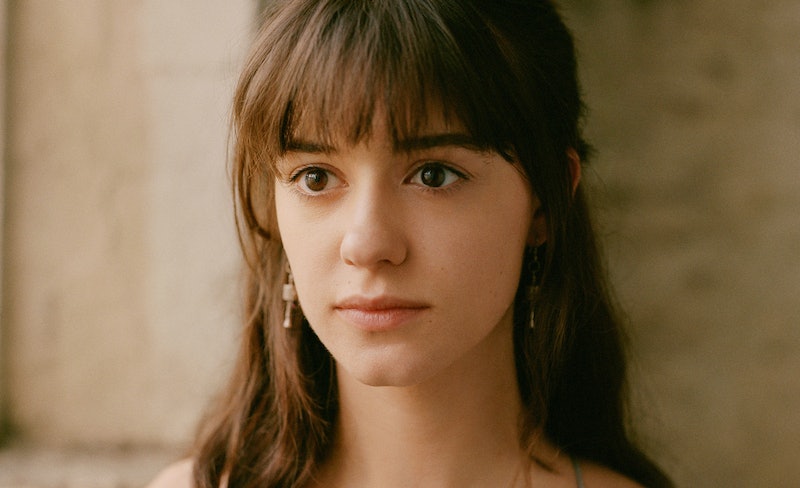 Unless you're living under a rock right now, you'll be fully aware just how insanely popular BBC's adaptation of Normal People, the hit Sally Rooney novel, has become. The actors who play the lead roles, Paul Mescal and Daisy Edgar-Jones, went from relatively unknown to world famous pretty much overnight and their chemistry on-screen has led some to wonder if they're together in real life. The pair are in fact just good friends, but one of them is in a relationship with a fellow actor. So who is Daisy Edgar-Jones dating?

The 21-year-old, who plays Marianne in the new series, is currently in a relationship with fellow actor Tom Varey, who appeared in Game Of Thrones as Cley Cerwyn. He's also been in The Village and No Offence. Hello magazine reports that Edgar-Jones and Varey met on the set of film Pond Life.

It's unclear how long the pair have been officially together, but Varey has occasionally appeared on Edgar-Jones' Instagram page, seemingly confirming the pair's couple status. For example, 28 weeks ago, she shared a photo of Varey outside with the caption: "Lean on tree when you’re not strong."

According to the Evening Standard, the couple actually now live together, and so have been hunkering down as one during isolation. They also live with a couple of friends, which Edgar-Jones told the publication means there have been "lots of board games," during the quarantine period.

Edgar-Jones has also revealed how her boyfriend reacted to the very intimate sex scenes Normal People has become known for. Both her and Mescal worked with intimacy coach Ita O'Brien, who has also worked on shows such as Sex Education. O'Brien ensured the intensity of the scenes from the book translated onto the screen, and helped the young actors to feel comfortable during the process. Prior to the airing of the show, Edgar-Jones revealed to the Evening Standard that she had sat Varey down to watch the previews, and that he was "gritting his teeth [during the sex scenes]." "But at least he’s seen it now," she said, later adding she's now worried about her grandparents watching the scenes!

As for Edgar-Jones' co-star, he's seemingly single right now. This will come as welcome news to many as, unsurprisingly, he's quickly become the crush of just about everyone with access to BBC iPlayer...