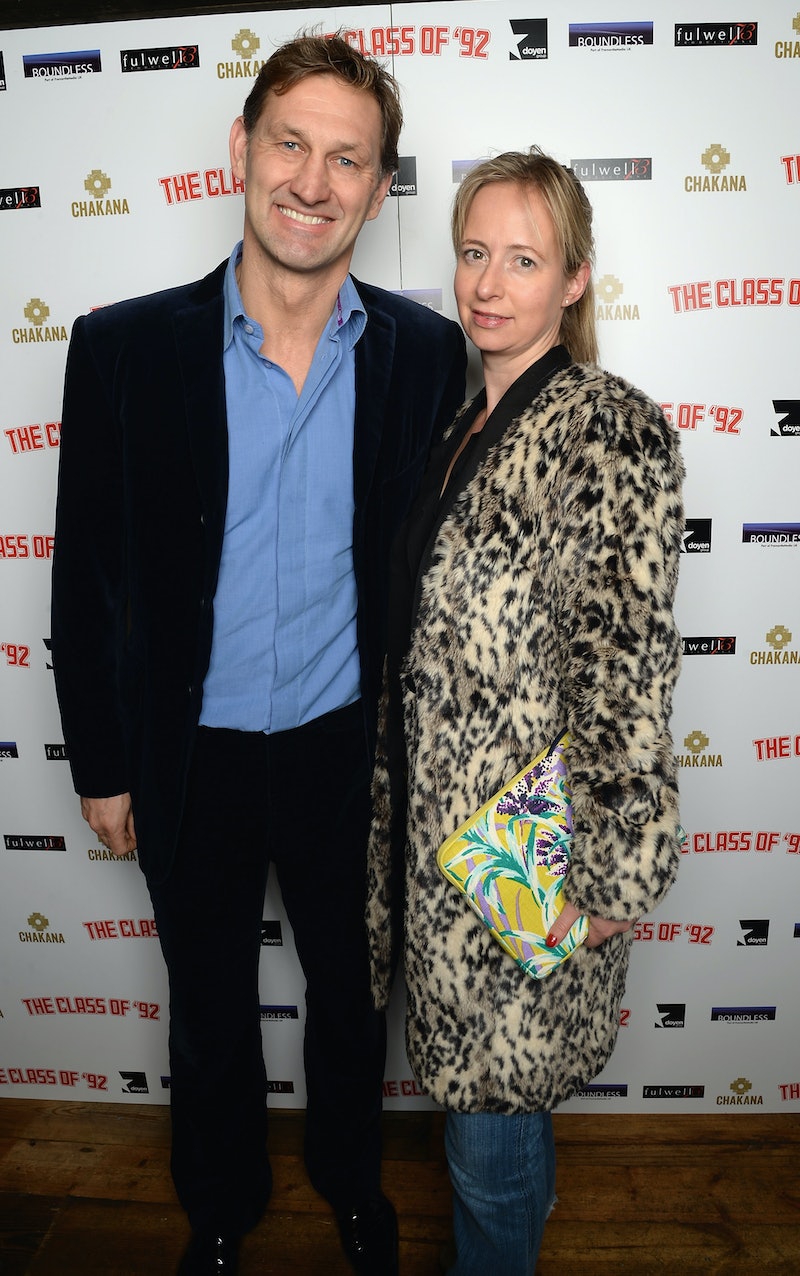 Former Arsenal and England football captain Tony Adams has already caused quite a stir on Strictly Come Dancing. From that iconic Full Monty routine, complete with a pair of sequinned short-shorts, to his overjoyed outburst of “fruity” language during a live show, the footie legend is rapidly emerging as the show’s beloved underdog of choice. And earlier this month, meanwhile, our hearts melted when his wife, Poppy, made an appearance on the show. "I've never been so proud or so in love with him,” she told presenter Tess Daly. “He's going to absolutely nail it and I'm going to probably cry.”

So, how did the couple originally meet? After Arsenal drew 1-1 with Leeds United back in 2002, Adams and some friends decided to go out to swanky Mayfair restaurant Embassy, where Gunners fan Poppy Teacher was sitting nearby. “She approached our table, introduced herself and said she hoped I didn’t mind, but she was an Arsenal fan and was wondering when I would be fit to play again,” Adams later wrote in his autobiography, Sober. “Not long after she returned to her table, her friend came over. ‘Look,’ she said, ‘Poppy really likes you. Why don’t you go over and talk to her?’”

Interestingly, Teacher turned out to have a fascinating backstory of her own. As she is, in fact, an heir of the Scotch Whiskey company called Teacher’s. “We clicked and a relationship was born. Gradually, that relationship would grow into a marriage [in 2004]. It was not lost on the media that I was a recovering alcoholic and Poppy came from the Teacher’s whisky family,” Adams wrote. “The irony amused her, though her surname had not even registered with me. Later, I could joke that I may be teetotal, [but] I still woke up with a Teacher’s in the morning.” The couple now live in the Cotswolds, and have three children together.

Previously, Adams was married to Jane Shea for five years; the former couple have two children together, and split in 1997. Both Adams and Shea were struggling with addiction issues during their marriage, and the former footballer has since been candid about his decision to quit drinking for good in 1996. Prior to this, Adams had been jailed for driving under the influence of alcohol, and he’s since gone onto found the sporting mental health organisation Sporting Chance.

Adams has now been teetotal for twenty-six years. “He’s been open with the kids since they were tiny about how he drank and why,” his wife Poppy told The Times in 2017. “His AA [Alcoholics Anonymous] friends are his rock and they are always in the house, so the kids are surrounded by it.”

“I got very lucky with Arsenal Football Club and with the second woman I married [Poppy Teacher], bless her,” Adams added. “The first one [Jane Shea] is doing all right, a couple of years clean and sober, working a good programme, thank the Lord, and back in my children’s life.“

If you would like more information or support regarding addiction, mental health charity Mind is here to help