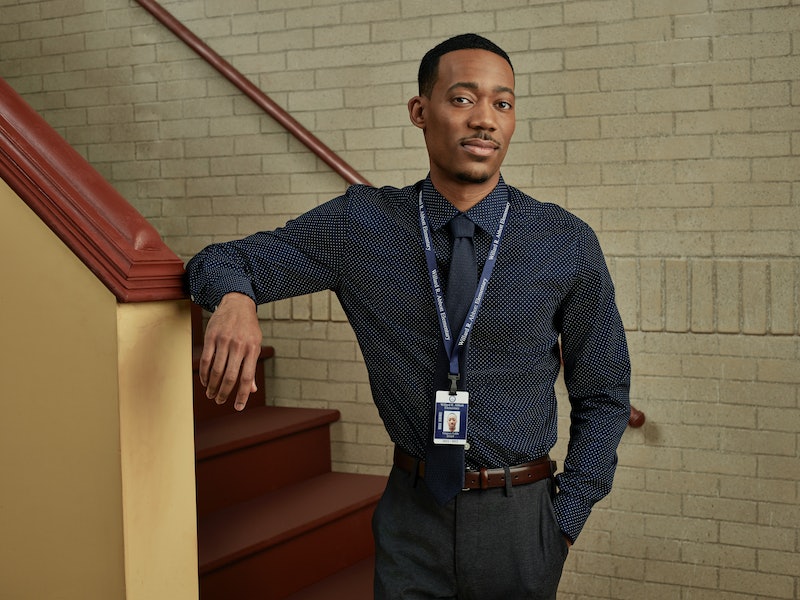 Tyler James Williams is currently charming audiences as Gregory the substitute teacher on ABC’s Abbott Elementary. But the first time you saw him on television was likely over a decade ago, when he starred as a young Chris Rock in the popular UPN sitcom Everybody Hates Chris. In the years since, Williams, 29, has appeared in a variety of movies and TV shows including Criminal Minds: Beyond Borders, The Walking Dead, and both the film and TV series Dear White People. However, unfortunately for those now lusting after Gregory, he’s managed to keep much of his personal life — including his romantic relationships — out of the public eye.

Although a bit is known about some of Williams’ past relationships, it’s not clear whether or not he’s currently dating anyone. Williams’ most recent public relationship was around 2017 with Russian-American actor Anastasia Baranova, who is best known for starring in the SyFy series Z Nation. The two were rumored to have been together since 2015, but they didn’t make their relationship public until 2017 when they shared a number of photos together in now-deleted Instagram posts.

Prior to his relationship with Baranova, Williams reportedly dated singer Karina Pasian until sometime in 2015. Despite the fact that they never publicly confirmed their relationship, the pair was spotted at numerous events together, and Williams appeared in the music video for Pasian’s 2014 single “Solitaire.” Back when he was just a teenager, Williams also reportedly dated actor and host Keke Palmer.

Williams’ online presence also doesn’t shed much insight on his personal life. He appears to use his Instagram page (@willtylerjames) mostly for work purposes, so it primarily features photos and videos promoting his recent projects — specifically Abbott Elementary and the 2021 film The United States vs. Billie Holiday — along with a handful of selfies.

So thirst away Abbott Elementary fans! It appears as though, for now, Williams is single and available. Try his DMs if you’re feeling confident.