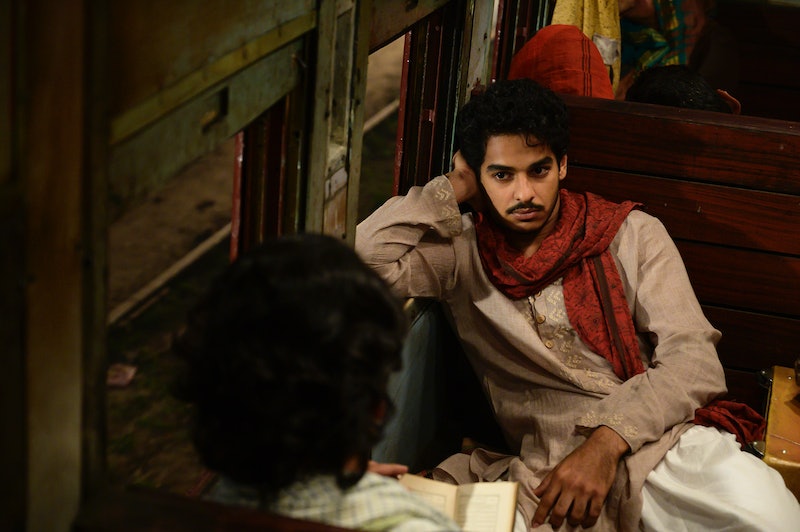 The BBC's adaptation of Vikram Seth's coming of age tale A Suitable Boy follows a university student named Lata who is torn between her traditional family and the prospect of romance as three men fight for her affection. Adapted by Andrew Davies, the show has an all-Indian cast that includes some of the biggest names in Bollywood. But who is Ishaan Khatter, the actor who plays Maan in A Suitable Boy?

Ishaan Khatter is a esteemed Bollywood star and the son of famed Indian acting legends Neelima Azeem and Rajesh Khattar. Some of the actor's notable credits include Half Widow, Udta Punjab, Dhadak, and 2017's Beyond the Clouds, a role which bagged Khatter a Filmfare Award for Best Male Debut.

The actor's latest on-screen performance can be enjoyed in the six-part BBC drama A Suitable Boy, in which he portrays Maan Kapoor — the son of a prominent politician, and brother-in-law of the show's protagonist, Lata. In the series, the character of Kapoor falls in love with an older courtesan named Saeeda, and during an interview with Mid Day, the actor revealed his hopes the storyline will help remove any stigma surrounding multi-generational romance.

"We have many taboos in our society. Through films and art, we can start a dialogue and bring in a new point of view," he explained, adding: "This [romance] is one story that couldn’t be watered down."

Joining Khatter in the drama's cast is Indian screen legend Tabu of Life of Pi fame, acting newcomer Tanya Maniktala, and more, each of whom portray characters whose stories play out during one of the most tumultuous periods in Indian history.

Discussing the BBC adaptation, Executive Producer Faith Penhale hailed A Suitable Boy as a "truly special and unique" series, praising the show's "powerhouse" cast in the process. “Like all great stories, A Suitable Boy has the power to thrill and move audiences everywhere, but what makes it truly special and unique is that it is a story born of India and about its people."

"We hope to create a truly ground-breaking drama for the BBC and with the creative powerhouse of Vikram, Andrew and Mira at the helm we have every chance of doing so," she concluded.

A Suitable Boy currently airs on Sundays at 9 p.m. on BBC One.