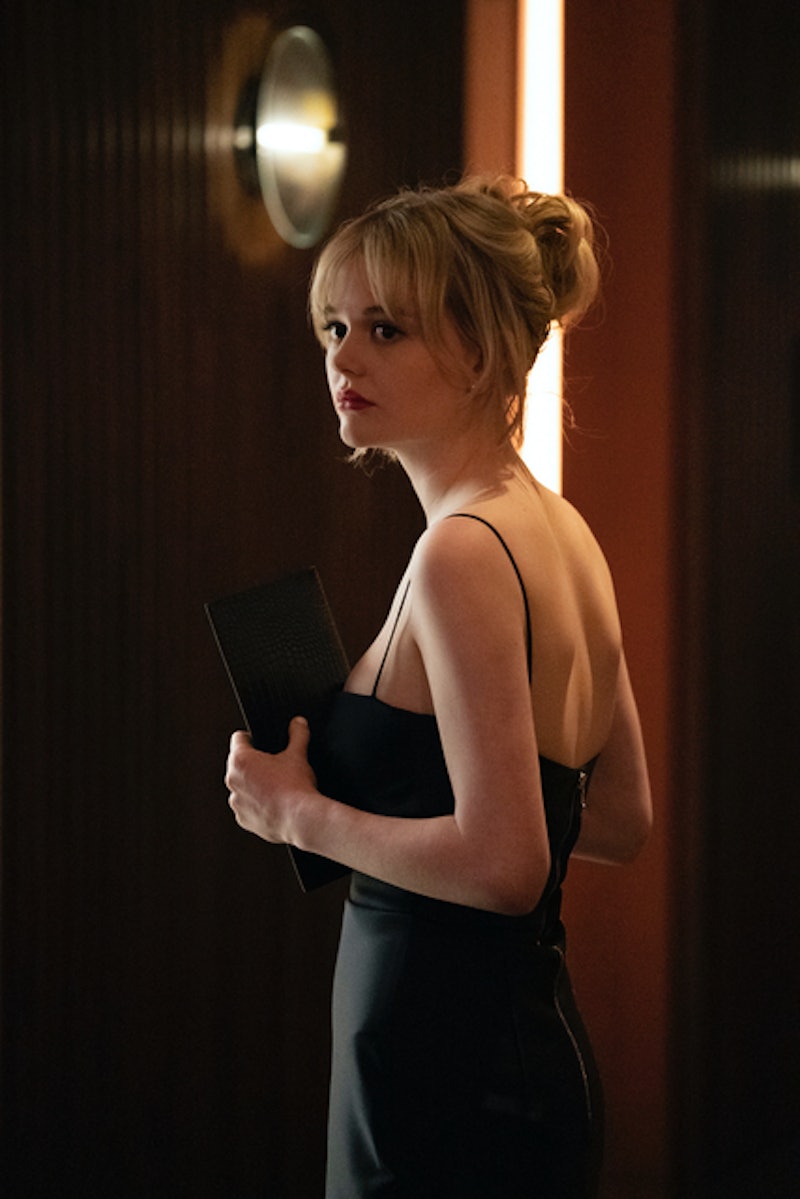 When the original Gossip Girl premiered in 2007, its stars were relatively unknown. The new HBO Max reboot follows suit, casting mostly newcomers for its updated take on Manhattan’s elite teens. But one of the biggest new characters is likely to be a somewhat familiar face: Emily Alyn Lind, who plays the Blair Waldorf-esque Audrey Hope.

Though she’s only 19, Lind already has a host of credits that may make her recognizable to viewers — particularly since she made her acting debut 13 years ago. And as one of the central members of Gossip Girl’s juiciest love triangle, she’ll certainly be someone to watch. Get to know more about the Los Angeles native below.

Acting is in Lind’s blood. Her mother is Barbara Alyn Woods, who played Nathan’s mom Deb Scott on One Tree Hill, and she’s the middle of two sisters, both of whom are also actors. Natalie Alyn Lynd has appeared in shows including The Goldbergs, Gifted, and Big Sky, while Alyvia Alyn Lind is known for her roles in The Young and the Restless and Netflix’s Daybreak.

It’s unsurprising, then, that Lind got her start young, appearing in The Secret Life of Bees at the age of 5. She continued building her portfolio from there, scoring kid roles in high-profile films like Movie 43, Won’t Back Down, and J. Edgar.

After getting her start in movies, Lind had several notable roles on television, including recurring roles on All My Children and ABC’s Revenge. In the latter, she played a younger version of main character Amanda in dark flashback sequences. You may also recognize Lind from the NBC medical drama Code Black — on which she portrayed an orphaned teen who eventually works at the hospital — or from her bevy of guest roles in episodes of shows including Criminal Minds, Hawaii Five-0, Suburgatory, Mind Games, and Rush Hour.

There are many places that horror fans might’ve seen Lind’s work, too. After an early role in The Haunting in Connecticut 2: Ghosts of Georgia, Lind returned to the genre for 2016’s Lights Out in flashbacks. But it’s 2017’s The Babysitter in which Lind was really able to shine: she played Melanie, the best friend to Cole who encourages him to stay awake and see what his babysitter is doing. She reprised her part for the movie’s 2020 sequel, The Babysitter: Killer Queen, and also appeared in The Shining sequel, Doctor Sleep.

Like some of her Gossip Girl classmates, acting isn’t Lind’s only passion; she’s been pursuing a music career since 2019, when she released her first single, “Castle.” She also put out her first music video — for a track called “Spotless Mind” — in May 2020.

She’s currently working on an EP.

Gossip Girl is known for its luxurious and high-femme fashion, but Lind’s personal style — as seen on her Instagram — is a little more androgynous. “I can never go wrong with a lady suit,” she told Harpers BAZAAR. “For me, [my personal style is] whatever I feel confident in. That tends to, a lot of the time, go into gender-neutral ... I really like gender-neutral fashion. I just always have. A lot of style icons for me are men.”

Lind also sees herself as quite different from her Gossip Girl character Audrey, the daughter of an athleisure designer who’s having doubts about her long-term boyfriend. But Lind has conceded that there are some similarities. For example, Lind considers herself an introvert, and while Audrey isn’t anti-social, Lind says the character certainly prefers to stay off social media when possible.

The two also share a love of classic and vintage fashion, even if their go-to looks are probably nothing alike. Lind has said that she adores thrift shopping and is known to shop at Goodwill or Raggedy Threads. “I’ve had friends, they were like, ‘It smells like old people, it smells like dust mites, it smells like mold,’ all these things. And I’m like, ‘Dude, that smells like history,’” Lind told Glamour of her love for vintage malls. “I think that actually Audrey, she's very into classic, old-fashion type things. So maybe lots of vintage, but she loves old movies, she loves Betty Davis, she loves Lauren Bacall, she loves Audrey Hepburn.”

More like this
The 'Gossip Girl' Reboot Creator Is “Looking For A New Home” To Air A Potential Season 3
By Brad Witter
'The Last Of Us' Star Bella Ramsey Almost Didn’t Take The Role Of Ellie
By Grace Wehniainen
The 8 Best Aidan Shaw Moments On 'Sex And The City'
By Grace Wehniainen
'The Last Of Us' Video Game Revealed Tess’ Fate In The HBO Series
By Brad Witter
Get Even More From Bustle — Sign Up For The Newsletter
From hair trends to relationship advice, our daily newsletter has everything you need to sound like a person who’s on TikTok, even if you aren’t.