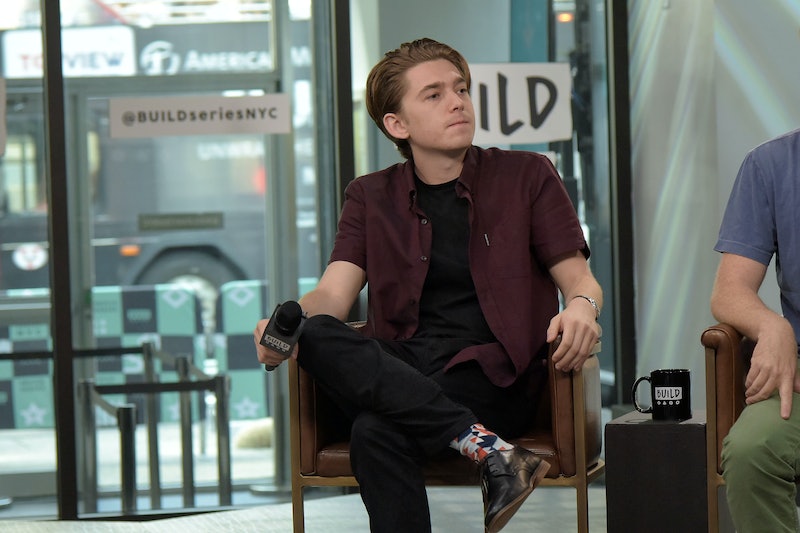 Austin Abrams has made a name for himself playing soft boys – and his latest role is far from an exception. Abrams stars alongside Midori Francis in Netflix's Dash & Lily, a new series about two teens falling in love throughout the holiday season in New York. (The show is based on the YA novel Dash & Lily's Book of Dares by Rachel Cohn and David Levithan.) Abrams' Dash is a seemingly cynical guy, but beneath his hardened exterior he's tender, much like Abrams' character in HBO's 2019 smash hit drama Euphoria.

In Euphoria, Abrams played Ethan: Barbie Ferreira's love interest and one of the only noncontroversial characters on the show. While Euphoria was Abrams' big breakout role, the actor has been working for a long time and has a lot of other projects under his belt. Most recently, he starred opposite Lili Reinhart in the romantic drama Chemical Hearts, which premiered earlier this year. His other notable credits include Scary Stories to Tell in the Dark (2019), The Americans (2018), The Walking Dead (2015), Paper Towns (2015), and a spot on This Is Us' fourth season.

Abrams takes great pleasure in playing the teenage boys he's become known for. “When you're a teen you're really figuring things out, you're doing everything for the first time and everything in your life is shifting,” Abrams previously told Bustle. “Your brain chemistry is just changing so rapidly.” And though the actor is now 23 years old, he still feels he has a lot to learn from these characters. “Acting requires a lot of self reflection,” he also told Bustle. “It’s doing your best to understand other individuals, which then forces you to understand yourself a lot more. That's what makes this job so enjoyable.”