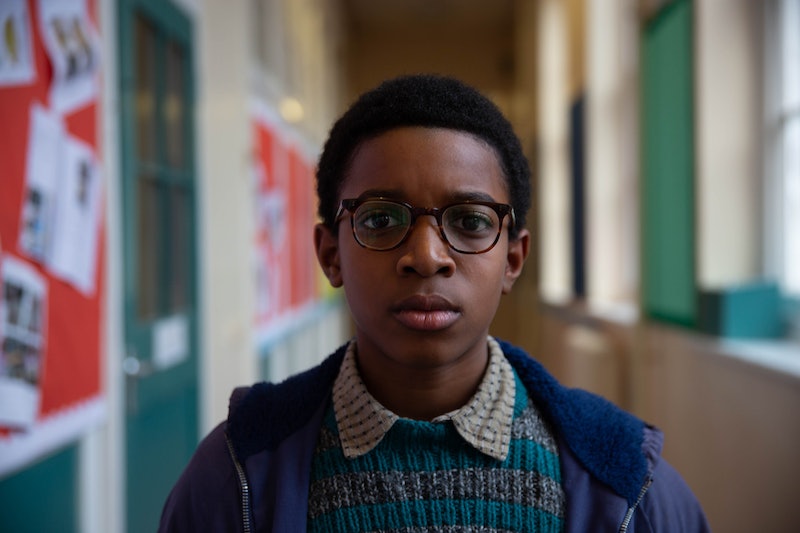 Education is the fifth and final film in director Steve McQueen's acclaimed Small Axe series. Due to air on BBC One this Sunday (Dec. 13), it sees 12-year-old Kingsley transferred to a special-needs school for disruptive behaviour in class. However, members of the community discover this was a result of "an unofficial segregation policy" within the British school system during the seventies. Much like the other films, Education shines a spotlight on upcoming Black British actors, so who plays Kingsley in Education?

Breakout star Kenyah Sandy takes on the challenging lead role of Kingsley, a "boy with fascination for astronauts and rockets," as a press release about the show explains.

Much like the character, Sandy is also just 12 years old and Education is his first major film role. While new to the world of film, the young actor first cut his teeth in London theatre. He's featured in a production of Caroline, or Change! at the Hampstead Theatre and as young Simba in The Lion King at London’s Lyceum.

Per IMDB, Sandy has been dancing since he was four years old and still performs with the company Boy Blue.

Education is undoubtedly a huge opportunity for Sandy who was "intrigued" by director McQueen's past films (I'm guessing there are few he's been able to watch at his young age).

“I had watched the trailer to Widows that [Steve] directed and was straight away intrigued by the film..." he said in a statement sent to Bustle, "I also remember being told by my Mum that he directed 12 Years A Slave which I know was an incredible film, so I was really excited to work with Steve.”

Sandy also spoke about his "incredible" experiences on the Education set starring alongside acting heavyweights including Casualty's Sharlene Whyte who plays his on-screen mother.

Whyte applauded the young actor's "lovely spirit" and focus "despite the seriousness of the material."

"[W]e all managed to create a family atmosphere on set, one where we felt relaxed and able to take risks. In between the tears, we laughed lots,” she added.

The Small Axe team, including director McQueen, also sung "exceptional" and "unfazed" actor's praises ahead of the film's release.

"[Sandy's] a wonderful actor who takes direction but also adds his own tilt on things. He brings the character to a whole other level and for him to do be doing that at 12 is remarkable,” said McQueen.