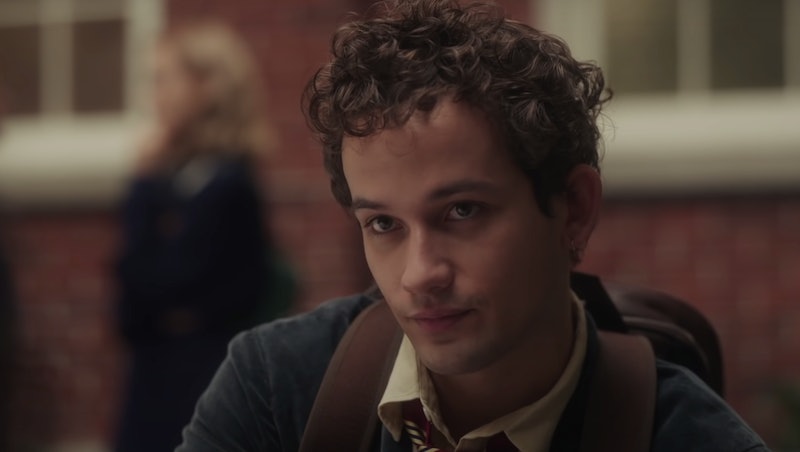 Getting To Know Eli

The burgeoning 21-year-old actor hails from Oregon, which is quite a ways away from the Brooklyn apartment he now lives in. Eli spoke about said apartment in an interview with W Magazine, wherein he talks about storing his collection of guitars to fill up space. He goes into some detail about his foray into music, saying he felt discouraged when he compared his talents to others’. “For a long time, I was comparing myself to really unbelievably talented musicians, and saying, ‘My music isn’t like that, so why would I even bother making music? If I can’t be the best, why be anything at all?” He adds that’s he’s since dropped his perfectionist attitude, leading to the abundance of guitars filling up his living space. You can even get a little taste of Brown playing guitar on his Instagram, among other photos of classic films, his mother, and of course, Gossip Girl promotional material.

How Does Eli Approach A Role?

In that same W Magazine interview, Eli talks about his affection for writing, and how a well written script plays a large part in how he selects his projects. When asked what he looks for in a role he says “good writing,” adding, “I think writers and writing are so undervalued in Hollywood.” In fact, his reaction to the script for Netflix’s The F**k-It List is what inspired him to take on the film. He said as much in an interview with Hollywood Life. “Sometimes you get scripts and you’re like, ‘Oh, this is so me, and I relate to this character and I want to portray this,'” he said. “This was the opposite, it just like — so not me. I wanted to do something different.” As he states again in his W Magazine interview, the “strong characters,” are what made him gravitate to the Gossip Girl reboot script.

What Else Has Eli Brown Been In?

Outside of his role on the Gossip Girl revival, Brown’s filmography is pretty sparse. His most identifiable role, aside from Gossip Girl and The F**k-It List is likely his portrayal of Dylan Walker on the spin-off series Pretty Little Liars: The Perfectionists.

What Is His Character Obie On Gossip Girl Like?

Brown plays a character by the name of Otto “Obie” Bergman IV, which is certainly a name fit for the opulence of the Upper East Side. Obie is a character that the show itself describes as “privilege.” Obie is massively wealthy, but that extensive bank account doesn’t come without a conscience, as he’s made to grapple with the guilt he feels about his wealth. In looks, he bears a resemblance to Penn Badgley’s Dan, and according to Vulture, his personality most closely resembles that character. Obie appears to be get very close with Zoya (Whitney Peak), despite being in a relationship with Julien (Jordan Alexander). As you can see, these kids can’t help but delve into scandal.