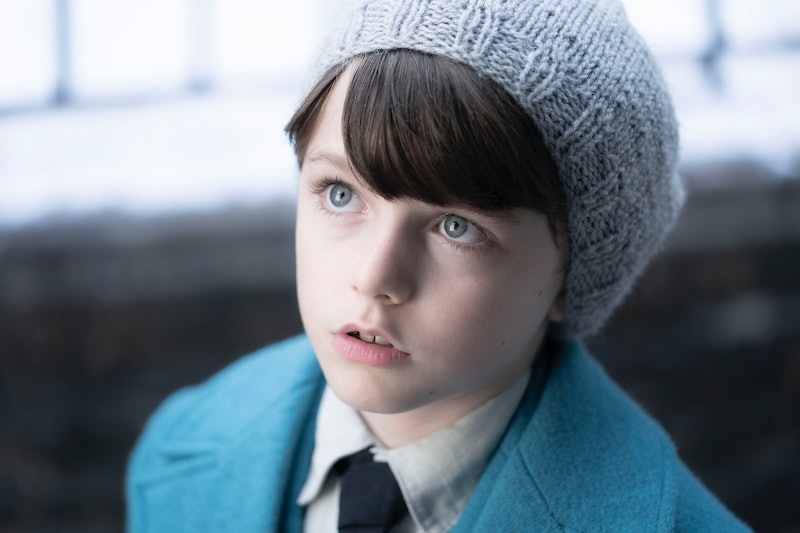 The story of a real-life encounter between famed children's authors Roald Dahl and Beatrix Potter is one of the highlights of Sky's 2020 festive lineup. With the ever-delightful Dawn French at the helm, this heartwarming comedy-drama centres on a young Dahl as he sets out on an adventure to meet his favourite childhood author. But, who plays Roald Dahl in The Tail of the Curious Mouse?

As previously mentioned, the festive film is inspired by a true story and centres on a young Roald Dahl, who embarks on an unpredictable and humorous adventure to meet his favourite author, Beatrix Potter, who is approaching the end of her career. Throughout the drama, we discover how the real-life meeting went on to shape Dahl's own literary work later in life, and a Sky synopsis describes the Christmas Eve offering as "a magical story of what really can happen when you are brave enough to follow your dreams."

Commenting on the forthcoming comedy-drama, Brydon, who plays the role of William Heelis, described The Tail of the Curious Mouse as "a feast for the eyes." Speaking to BT, he added: “When you add in the animation, which people perhaps won’t be expecting, like the scene where the mice come alive inside the doll’s house in Roald’s bedroom. It’s made by Hartswood who are really as good as it gets."

"When I arrived on set at the location for Beatrix’s farmhouse, they’d transformed it into a Christmas scene and it was absolutely enchanting." Brydon continued: "It was in the countryside in the Vale of Glamorgan which is a lovely area anyway. They’d turned this house into this most idyllic Christmas scene. It was just gorgeous.”

Roald & Beatrix: The Tail Of the Curious Mouse airs on Christmas Eve at 8.15 p.m. on Sky One.