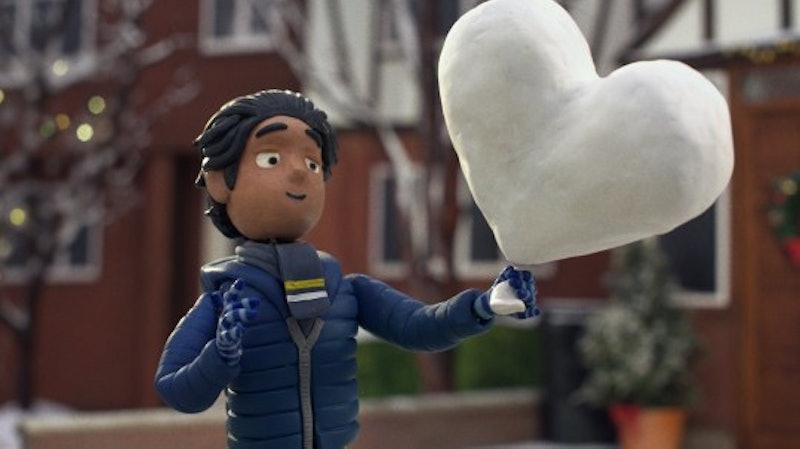 It's that time of year again. We’ve passed Halloween and the evenings are drawing in mighty early, which means only one thing: full steam ahead for Christmas. While crackers and Christmas pudding might be a while off, the wait is over for one Christmas tradition. The John Lewis advert has arrived, and it's just as heart-warming as you might expect, set to a beautiful soundtrack, of course. So, what is this year’s John Lewis 2020 Christmas advert song all about, and who sings it? Here's everything you need to know.

The John Lewis Christmas advert this year features different characters performing acts of kindness in their everyday lives, unsurprisingly inspired by the sense of community spirit shown during the coronavirus pandemic. Titled 'Give A Little Love', the emotional rollercoaster of a soundtrack fits perfectly with the subject matter.

Written and recorded by British soul singer, Celeste, the song marks a first for John Lewis, who have never before commissioned a new track for the Christmas campaign. In previous years, artists have recorded different versions of existing songs: Bastille frontman Dan Smith recorded a version of REO Speedwagon’s 'Can’t Fight This Feeling' for the Edgar the dragon advert in 2019; while Ellie Goulding performed a silky smooth rendition of Elton John's 1971 classic 'Your Song' for the 2010 advert.

Being chosen to record the infamous John Lewis Christmas advert song rounds off a big year for Celeste. She won the Rising Star award at the 2020 Brit Awards in February, where she bumped into Stormzy backstage, who told her that her single, 'Strange', is a “perfect song”. She was also awarded BBC Music’s Sound of 2020.

On the song which she has recorded for the John Lewis Christmas ad, also titled “A Little Love”, Celeste said: “I felt honoured to be asked to take part. I wanted to create something that felt classic but still true to who I am as a writer and performer.”

John Lewis and Waitrose have selected two charities to partner with this year: FareShare, which helps those facing food poverty, and boasts footballer Marcus Rashford as its ambassador, and Home-Start, which supports parents in need. Every time the song is downloaded a 10p donation will be made by the companies to the campaign. What a nice way of spreading Christmas cheer.