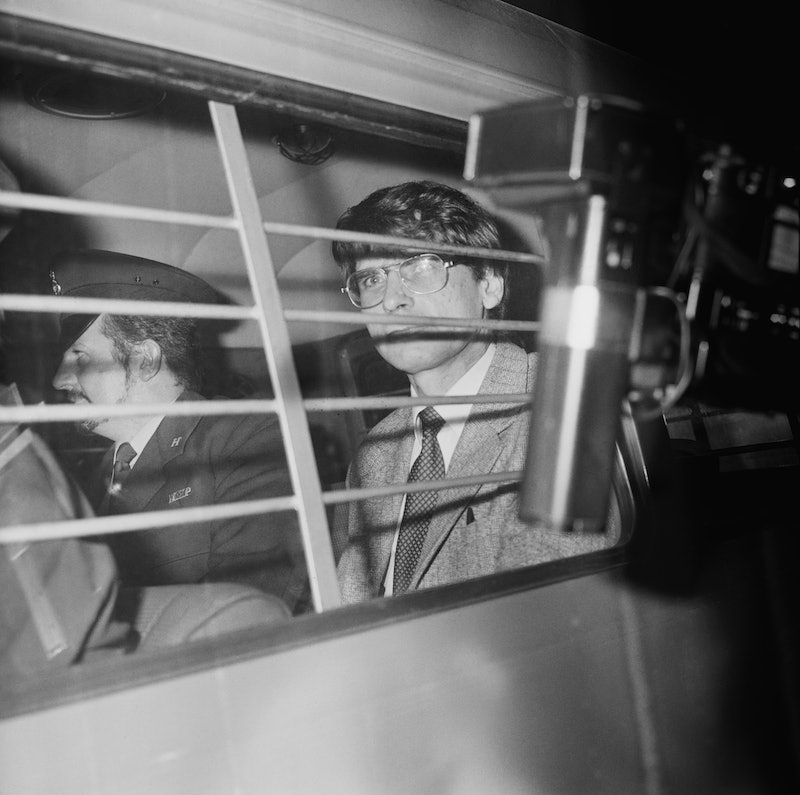 The Netflix documentary Memories of a Murderer: The Nilsen Tapes explores the true story of Scottish serial killer and necrophile Dennis Nilsen, who murdered at least 12 young men in the 1970s and ’80s. Using 250 hours’ worth of tapes Nilsen recorded in his cell, the documentary traces his crimes — recounting the events in Nilsen’s own voice, for the first time.

It’s not just this one movie: Nilsen has been getting increased attention as of late. History of a Drowning Boy, an autobiography based on Nilsen’s writings, was published earlier this year. In the book, Nilsen apparently confessed to other crimes including two murders he was not prosecuted for. Family members of the victims called it “morally wrong” to release the book, saying it was as if the killer was “still laughing at us from beyond the grave.” Previously, the British miniseries Des (2020) also explored the details of the killings, with actor David Tennant playing Nilsen.

Still, Nilsen isn’t as well-known in the United States as in the U.K., so audiences stateside may be less familiar with the killer and his victims. Below, what to know about Dennis Nilsen and his crimes.

Who was Dennis Nilsen?

Before being arrested, Nilsen hadn’t drawn much suspicion. By all accounts, he seemed like a quiet, mild-mannered, hard-working man. After a stint in the British Army, he briefly joined the Metropolitan Police (during which time he developed a fascination with dead bodies), and then ultimately worked as a civil servant, helping unemployed people find jobs. Nilsen said he identified primarily as gay, and did at one point have relationships with men, but had been living alone and drinking heavily for 18 months before he started killing.

In his posthumous autobiography, Nilsen said he had been molested by his grandfather — and claimed that when his grandfather died in his childhood, he connected the ideas of love and death.

How many people did Dennis Nilsen kill?

When arrested, Nilsen said he’d killed “15 or 16” men, but later changed that number to 12. Because of the state of the remains, only eight of his victims were ever identified.

Nilsen would often target young men, and offer them food and a place to stay. He killed his victims by strangulation or drowning, and would then manipulate their bodies, dismember them, and either place their remains under his floorboards or burn them.

How was Nilsen caught?

In 1981, Nilsen moved to a new apartment, as his landlord was renovating his old apartment. Because he no longer had access to a garden or floorboards, he stored body parts in his wardrobe and attempted to flush remains down the drain, which caused clogging in the apartment below. The plumbers found flesh and bone, the police narrowed in on Nilsen as the resident in the top apartment. They questioned him when he came home from work and, after briefly feigning ignorance, Nilsen confessed to all the murders.

How did Nilsen die?

After a media frenzy and widely publicized trial, Nilsen was found guilty and ultimately sentenced to life in prison in 1983. He died on May 12, 2018, at York Hospital. He was admitted to undergo surgery to repair an abdominal aortic aneurism, and subsequently suffered a blood clot. He died of “pulmonary embolism and retroperitoneal haemorrhage” and was in “excruciating pain,” according to the inquest. The report found that he died of natural causes.