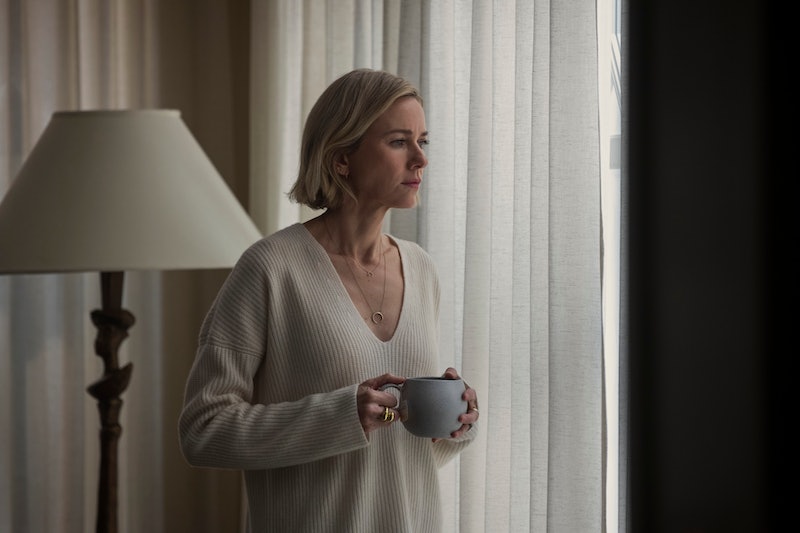 The Watcher on Netflix is based on the true story of a New Jersey family that was stalked and sent disturbing letters upon purchasing their new home in 2014. Years later, the 2022 Ryan Murphy series is reviving “The Watcher” mystery, which to this day has yet to be solved.

If you aren’t already familiar with the story, Derek and Maria Broaddus bought 657 Boulevard in Westfield, New Jersey, and immediately received a letter describing their children as “young blood,” per The Cut. Several threatening letters followed from an anonymous source who called themself “The Watcher,” claiming they were “in control” of the house and using threatening language. “It will help me to know who is in which bedroom,” read one letter. “Then I can plan better.”

Out of concern for their family’s safety, the Broadduses never actually moved into 657 Boulevard. They did, however, enlist the local police’s help to investigate several potential leads, from their next-door neighbor to a man whose girlfriend reportedly said he played a character named The Watcher in “some really dark video games,” per The Cut’s 2018 story. However, nothing came of these investigations, and the Broadduses sold their home in 2019.

In a 2022 update, The Cut reports that the new owners of 657 Boulevard have not received any letters from The Watcher. They did receive a kind note from the Broadduses, though: “We wish you nothing but the peace and quiet that we once dreamed of in this house.”

The Broadduses haven’t received letters in their new home (also in the same area), but the mystery continues. After The Cut’s original article, the Union County Prosecutor’s Office asked neighbors to submit saliva samples to compare against DNA on one of The Watcher’s envelopes. However, two people declined to be swabbed, “at least one of whom was a ‘close neighbor’ of 657 Boulevard and someone the police had considered as a suspect,” the outlet adds.

The Cut also described a recent theory that’s touched on in the show, involving a nearby author and English teacher, who retired the same summer that the Broadduses received their first 2014 letter. Former students told the outlet that Robert Kaplow used to talk about writing letters to a house in Westfield, his hometown.

Further, his brother, Richard, worked as an attorney in Westfield and represented the Woods family — the former residents of 657 Boulevard — when the Broadduses sued them for not disclosing they’d received a letter from The Watcher, too. Robert, however, shut down the theory, telling The Cut that “there’s nothing there,” and adding that the house he wrote “admiring, not threatening” letters to was a different property entirely.

So ultimately, the mystery of The Watcher remains unsolved. But according to The Cut, the family is still willing to pay for private forensic genealogy to continue investigating their case.

More like this
The Mysterious Gunther Corporation From 'Gunther’s Millions' Has Dissolved
By Brad Witter
The 'Freeridge' Cast Shared Their Hopes For A Potential Season 2
By Grace Wehniainen
You Might Want To Rewatch This Key 'On My Block' Scene To Understand 'Freeridge'
By Grace Wehniainen
Ashton Kutcher Wants Danny Masterson “To Be Found Innocent” In Rape Retrial
By Jake Viswanath
Get Even More From Bustle — Sign Up For The Newsletter
From hair trends to relationship advice, our daily newsletter has everything you need to sound like a person who’s on TikTok, even if you aren’t.